The Honorable Tom Wolf, governor of Pennsylvania, serves as moderator for a thought-provoking panel discussion on the tremendous impact of HBCUs and the regions they’ve served for more than 150 years. Welcome address provided by The Honorable James Kenney, mayor of Philadelphia. 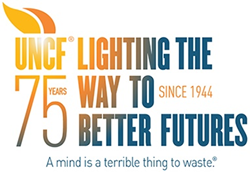 “This will be an impactful day with leaders that have the power to positively change the lives of area students and ultimately the country,” said Lomax.

UNCF (United Negro College Fund) will host the inaugural Philadelphia Leaders’ Luncheon, featuring a thought-provoking panel discussion that shows the economic benefits of historically black colleges and universities (HBCUs) extend beyond the students they educate and that they are equally important to the city of Philadelphia and communities that they’ve served for more than 150 years. The Honorable Tom Wolf will moderate this engaging conversation, with panelists including: Dr. Brenda A. Allen, president, Lincoln University of Pennsylvania; Dr. Michael L. Lomax, president, UNCF; and Mr. Aaron A. Walton, president, Cheyney University of Pennsylvania.

“This will be an impactful day with leaders that have the power to positively change the lives of area students and ultimately the country,” said Lomax. “UNCF is bringing new resources and responding to the ask of Philadelphia leadership in partnering with local non-UNCF member HBCUs to advocate for education. By building these relationships, UNCF aims to be a champion for low-income, first-time college students, whose voice is unheard.”

Held on Oct. 18 at 11 a.m. at the Union League of Philadelphia, the audience will also hear from Alexys Smith, senior at Lincoln University and Davins Batalle, senior, Cheyney University, both of whom are UNCF scholars.

With help from the greater Pennsylvania area, $3,265,391 was awarded last year to students attending HBCUs such as Cheyney and Lincoln Universities.

“Receiving the UNCF/Kevin Hart Help From The Hart scholarship eased my pathway to becoming a college graduate from the first HBCU, Lincoln University,” said Smith. “I believe this connection to UNCF is just the beginning of a lifelong journey.”

Events such as the Philadelphia Leaders’ Luncheon stress the importance of HBCUs. HBCUs not only provide a college education for 300,000 students every year, but they are a powerful economic engine: locally through the jobs they create and the expenditures they make in the cities where they are located, and nationally through the students they educate and prepare for the information-age workforce.”

Further UNCF’s landmark study HBCUs Make America Strong: The Positive Economic Impact of Historically Black Colleges and Universities proves that graduates from these HBCUs can expect total earnings of $1.6 billion over their lifetimes—that’s 52 percent more than they could expect to earn without their college credentials.

For more information on the Philadelphia office of UNCF, please visit: UNCF.org/Philadelphia

UNCF (the United Negro College Fund) is the nation’s largest and most effective minority education organization. To serve youth, the community and the nation, UNCF supports students’ education and development through scholarships and other programs, supports and strengthens its 37 member colleges and universities and advocates for the importance of minority education and college readiness. UNCF institutions and other historically black colleges and universities are highly effective, awarding 17 percent of African American baccalaureate degrees. UNCF administers more than 400 programs, including scholarship, internship and fellowship, mentoring, summer enrichment and curriculum and faculty development programs. Today, UNCF supports more than 60,000 students at over 1,100 colleges and universities across the country. Its logo features the UNCF torch of leadership in education and its widely recognized motto, ‟A mind is a terrible thing to waste.” ® Learn more at UNCF.org or for continuous updates and news, follow UNCF on Facebook, Twitter and Instagram at @UNCF.