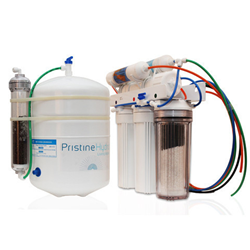 We Are the Industry Leader in Pristine Under Counter Water Systems

PristineHydro™ heads into Dallas, Texas for their next campaign move offering the Under Counter Water System (http://www.pristinewaterfilters.com/). This campaign effort is part of a coast to coast effort in bringing awareness to poor water quality what can be done about it.

Over two thirds of Earth's surface is covered by water; less than a third is taken up by land. As Earth's population continues to grow, people are putting ever-increasing pressure on the planet's water resources. In a sense, our oceans, rivers, and other inland waters are being "squeezed" by human activities—not so they take up less room, but so their quality is reduced. Poorer water quality means water pollution.

We know that pollution is a human problem because it is a relatively recent development in the planet's history: before the 19th century Industrial Revolution, people lived more in harmony with their immediate environment. As industrialization has spread around the globe, so the problem of pollution has spread with it.

When Earth's population was much smaller, no one believed pollution would ever present a serious problem. It was once popularly believed that the oceans were far too big to pollute. Today, with around 7 billion people on the planet, it has become apparent that there are limits. Pollution is one of the signs that humans have exceeded those limits.

There are many more contaminants found in the water that is being consumed. Learn more about PristineHydro's™ 10 Stage Process for their Under Counter Water System (http://shop.pristinewaterfilters.com/) and begin removing these harmful contaminants from your drinking water.