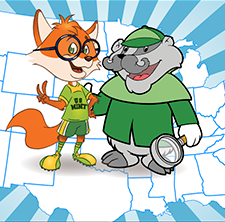 Map Mania is one of 12 free online educational games on the Mint’s Kids Site, which was recently named a finalist for the Best Public Education Website in the International Association of Currency Affairs (IACA) Excellence in Currency 2019 Coin Awards.