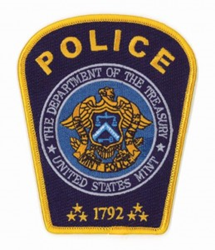 United States Mint (Mint) Deputy Chief Bill Bailey announced today that a site-based assessment team from the Commission on Accreditation for Law Enforcement Agencies, Inc. (CALEA®) will arrive on December 14, 2020, for a two-day examination of all aspects of the United States Mint Police policies and procedures, management, operations, and support services.

Verification by the CALEA team that the Mint Police meets the Commission’s state-of-the-art standards is part of a voluntary process to gain accreditation—a highly prized recognition of public safety professional excellence. As part of the assessment, agency personnel and members of the community are invited to provide comments to the assessment team. Email comments can be sent to calea@calea.org with “United States Mint Police Accreditation Comments” in the subject line.

Individuals wishing to offer written comments about the Mint Police’s ability to meet the standards for accreditation may write to the Commission on Accreditation for Law Enforcement, Inc. (CALEA®); 13575 Heathcote Boulevard, Suite 320; Gainesville, Virginia 20155.

The Mint Police is required to comply with 149 standards to gain accredited status. “Accreditation provides the United States Mint Police a continuous process for self-evaluation of our policies, procedures, directives, and operations to ensure we are operating within and maintaining the best current police practices,” Chief Bailey said.

Accreditation is for four years, during which the agency must submit annual reports, and participate in annual remote web-based assessments attesting continued compliance with those standards under which it was initially accredited.

For more information regarding the Commission on Accreditation for Law Enforcement Agencies, Inc., please write to the Commission at 13575 Heathcote Boulevard, Suite 320, Gainesville, Virginia 20155; or call (703) 352-4225 or email calea@calea.org.

The Mint Police was established in 1792 and is one of the oldest Federal law enforcement agencies in the nation. It is responsible for protecting Department of the Treasury and other Government assets stored in facilities located at Philadelphia, PA; San Francisco, CA; West Point, NY; Denver, CO; Fort Knox, KY; and its Headquarters in Washington, D.C. United States Mint Police Officers have the primary responsibility for protecting life and property, preventing, detecting, and investigating criminal acts, collecting and preserving evidence, making arrests, and enforcing Federal and local laws. They safeguard over 1,800 United States Mint employees; thousands of visitors; and $240 billion in gold, silver, and coinage.