On June 21, 2019 the Universal Life Church Ministries filed a lawsuit against several Tennessee County Clerks and the State's Attorney General to block a recently passed law that would bar ministers who received their ordination online from performing weddings after July 1 of this year. The Church argues that the new law is blatantly unconstitutional, and pledges to restore the rights of its ministers in the area. 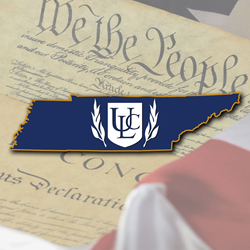 The Universal Life Church Ministries filed a lawsuit to block Tennessee from enforcing a new law that would prohibit ministers who were ordained online from solemnizing marriages.

The Universal Life Church Ministries' legal challenge aims to halt and reverse this discriminatory law and restore and protect the rights of all ministers of all faiths in The Volunteer State.

The Universal Life Church Ministries (ULCM) on June 21, 2019 filed a lawsuit against four Tennessee county clerks and the State’s Attorney General, to block a recently-passed law that would bar ministers who received their ordination online from solemnizing weddings after July 1 of this year.

The ULCM has thousands of active ministers and members across the State of Tennessee, individuals whose Constitutional and spiritual rights have been denied them by Tennessee lawmakers. These individuals, they claim, perform hundreds of beautiful, personal weddings in Tennessee every year for those who embrace the ULCM’s ideals of love and freedom. In its complaint, ULCM alleges that Tennessee’s decision limits who may solemnize a marriage to a select few. The Universal Life Church Ministries’ legal challenge aims to halt and reverse what they consider a discriminatory law and restore and protect the rights of all ministers of all faiths in The Volunteer State.

The stated overarching guiding message of the Universal Life Church Ministries is that "we are all children of the same universe". Daily, the Church claims that its members and ministers work faithfully to deliver this message across the globe. To that end, the Universal Life Church Ministries has pledged that it will not be a silent witness to the disenfranchisement of any group and that it will not rest until its ministers and members are able to enjoy the rights and freedoms guaranteed to all citizens, not just in Tennessee but around the world.

The lawsuit, which is before the United States District Court for the Middle District of Tennessee Northeastern Division (Case No. 2:19-cv-00049), was brought by the ULCM and three of its ministers in the State, names specifically Lisa Duke Crowell (Clerk of Rutherford County, TN), William K Knowles (Clerk of Hamilton County, TN), Wayne Nabors (Clerk of Putnam County, TN), Elaine Anderson (Clerk of Williamson County, TN), and Herbert H. Slatery III (Attorney General of the State of Tennessee) in their official capacities. It asserts that certain provisions of Tennessee Code § 36-3-301 as amended by Tennessee Public Chapter No. 415 are in direct violation of the First and Fourteenth amendments to the U.S. Constitution in addition to Article 1, Section 3 of the Tennessee Constitution.

In its complaint, the ULCM argues that Tennessee’s attempt to curtail these rights for ULCM ministers simply because they became ordained and congregate via the internet is unconstitutional. They allege that Tennessee lawmakers who supported this bill continue to hold an outdated, narrow view of religious worship – and have stated that they "look forward to the opportunity to usher them into the 21st century."

The ULCM additionally claims to has been disheartened by the short-sighted response of some other organizations who they perceive have leapt gleefully into the laps of Tennessee lawmakers and begun offering in-person ordinations in order to appease them. Rather than acquiesce to Tennessee’s demands, which the Universal Life Church Ministries argues would compel it to compromise its religious freedom, the ULCM has declared that it wholeheartedly rejects this outdated notion of religion and fully intends to proudly defend its open model.

In the year 1454, Johannes Gutenberg – after years of painstaking work and near financial ruin – changed the world forever when he utilized his brilliant new printing press to successfully print the Bible. This Earth-shattering technological innovation arguably marked one of the first steps in a long chain of events that would bring about the Protestant movement, and for the first time in centuries return the power of religion to common women and men. People were finally free to pray, read, learn, commune, and question in a manner of their choosing – and the world is better off for it.

Much like Johannes Gutenberg, the Universal Life Church Ministries argues that it has always embraced the remarkable power of technology to bring people together in a global spiritual community and to push the conversation forward in pursuit of ever-higher levels of enlightenment.

The future of faith is free, fast, and full-bodied – and it’s here.