Upstream, one of the city’s most popular and celebrated seafood restaurants, is proud to welcome Gene Kato as its new Executive Chef and Partner. 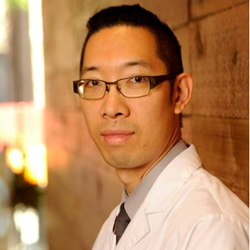 Upstream, one of the city’s most popular and celebrated seafood restaurants, is proud to welcome Gene Kato as its new Executive Chef and Partner.

Chef Kato began his culinary journey more than 15 years ago in Charlotte where he worked at Upstream as an aspiring sous chef and then as the Executive Chef of Upstream/Charleston.

He later moved to Chicago where he made his mark at Japonais, working as executive chef and partner and helped to launch the modern Japanese restaurants in Chicago, New York and Las Vegas. His signature dish “The Hot Rock” garnered him national and international media coverage.

He is best known for his chef-driven restaurant Sumi Robata Bar in Chicago where he presented the traditional takumi or artisan experience of the Robata Grill using sumi, a distinct Japanese white charcoal.

Chef Kato has reinvented the Upstream menu. The new menu reflects Chef Kato’s signature style while delivering the freshest seafood in unique, modern and adventurous plates. One noteworthy example is the interactive starter, The Rock, which is presented as a smoking rock to guests who use it to “cook” their own NY Strip. There is also a “KFC” (Krispy Fried Catch) designed to be served whole and with lettuce wraps. It serves 2 to 4 guests for a playful, collaborative dining experience. Other highlights from the menu include: Pork Belly Ssam, Seabass Cartoccio, Chicken Karaage and Steamed Bronzino.

“All of us at Upstream are excited to have Chef Kato to Charlotte,” said Tom Sasser, president of Burke Hospitality Group. “We know that the new concepts and dishes that Chef Kato introduces here are sure to provide memorable guest experiences.”