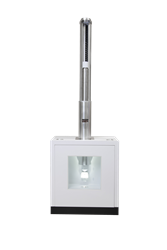 “We believe that the existing topology of ESPs and the component improvements being made on multiple fronts will not be able to improve the intrinsic reliability to a level where offshore operators can use ESPs as the primary artificial lift solution,” said Artinian. “Upwing’s MDS built on advanced magnetic technologies not only enhances the reliability of ESPs, but also reduces the part count and the total cost of ownership of conventional ESP systems, thus making it a preferred artificial lift solution for offshore wells.”

The MDS contains two main parts: one residing in the permanent completion and the other being a retrievable string inside the production tubing. The MDS isolates the failure-prone electrical system in the permanent completion so that the electrical system is hermetically sealed from hostile downhole fluids to improve reliability. The rest of the ESP mechanical system, without any electrical components, is in a retrievable string, which can be deployed and retrieved by a slickline without the need for a workover rig.

Fluids are produced through and around the motor rotor, a topology that is enabled by the unique levitated flow-through permanent magnet motor and magnetic bearings. Magnetic modeling of the MDS permanent magnet motor presents higher motor efficiency and power density, which dramatically increases the motor horsepower and shortens the motor length, thus pushing the upper limits of ESP production gains to the next level for offshore production. This innovative technology has been successfully implemented in Upwing’s Subsurface Compressor System™ (SCS) and is directly transferable to ESPs.

OTC Brazil features opportunities, innovations and advances in deep, ultra-deep water and subsea that are propelling the industry into the future. For more information, visit http://www.otcbrasil.org/welcome.