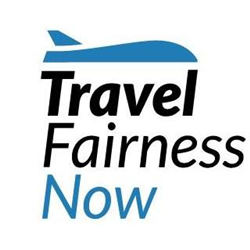 The intentional holiday timing of the DOT’s decision, less than a month before a new administration takes office that will be more likely to consider the interests and rights of American consumers, reveals the government’s knowledge of how anti-consumer this decision is.

For the second time in as many months, the U.S. Department of Transportation has attempted to avoid news media coverage and the flying public’s outrage by choosing a busy holiday period to reveal another unpopular and anti-consumer decision that will benefit the airline industry at the expense of the very travelers it is charged with serving and protecting.

Late in the afternoon of Dec. 23, 2020, DOT announced it was withdrawing a request for information (RFI) on the airline industry’s practices on distribution and display of airline fare, schedule and availability information, many of which are considered by some to be unfair and deceptive practices, initiated in Oct. 2016 and originally scheduled to conclude on Dec. 30, 2016.

At the airline industry’s request, the RFI deadline was extended until March 31, 2017. On March 10, 2017, DOT announced it was suspending the RFI indefinitely to “allow the President’s appointees the opportunity to review and consider this action.”

“DOT has once again put the airlines’ wish list far ahead of what consumers need,” said Kurt Ebenhoch, executive director of consumer advocacy group Travel Fairness Now. “DOT has not engaged with consumer groups on a decision that will have a major impact on what travelers pay to fly and how easy it is for them to find the best flight schedules and fares, despite having nearly four years to do so.”

“In addition, the intentional holiday timing of the DOT’s decision, less than a month before a new administration takes office that will be more likely to consider the interests and rights of American consumers instead of just the airlines’ wish lists, reveals the government’s knowledge of how anti-consumer this decision is,” Ebenhoch added.

“To the detriment of consumers, DOT has adopted the airline industry’s misleading and distracting talking points on how the debate is about where airlines sell their product,” said Ebenhoch. “The facts are that this is about consumer access to publicly available airfare and airline schedules that use public airspace, airports, air traffic control management resources and runways,” Ebenhoch said.

Before the comment period was suspended by DOT almost four years ago, nearly 60,000 individual consumers as well as business, government, travel and consumer organizations filed comments in support of a more transparent shopping experience in which the airlines are required to make complete and accurate airline purchasing information available for convenient access by consumers on the shopping platforms and channels they choose, not only by going directly to each airline’s websites and a few other select airline partners for this vital information.

In the three years since the DOT’s suspension of the RFI, consumer advocates, business groups and members of the U.S. House of Representatives and the U.S. Senate have called for its reinstatement, with each effort effectively blocked by the oligopoly of large airlines and their partners that control more than 80 percent of the U.S. market.

DOT’s late in the day, eve-of-Christmas Eve action follows a similar action on Nov. 27, 2020, the day after the Thanksgiving holiday and “Black Friday” shopping day in the U.S., to reveal a change in its definition of unfair and deceptive practices that drew overwhelming opposition from consumer advocates and two members of the Federal Trade Commission.

This pattern of taking actions immediately around major holidays demonstrates DOT’s own awareness of the anti-consumer impact these decisions would have and hopes to limit negative media coverage and Congressional backlash that would result from these unfortunate decisions.

The airline industry earns higher revenues on tickets sold through its own websites – revenues which increase if the airlines can diminish the effectiveness of shopping for travel using independent, third-party purchase outlets, a key focus of DOT’s now-withdrawn RFI.

“Independent sources of travel information are how most consumers and businesses – especially those that travel less frequently – identify the airlines that serve their destination and where to get the deals that best suit them,” said Ebenhoch. “An individual airline’s website purposely seeks to avoid giving travelers the ability to choose carriers, and DOT’s one-sided, holiday decision has given the airlines the green light to do so while the flying public and news media is distracted celebrating the holidays.”