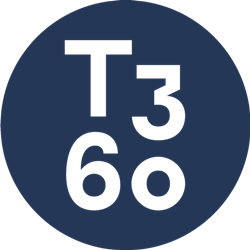 “The Real Estate Almanac gives the industry unprecedented insight into who is who, which companies are achieving business success and how new business models are exploding,” said T3 Sixty CEO Stefan Swanepoel.

The report, the fourth section of T3 Sixty’s comprehensive annual Real Estate Almanac, reveals that the nation’s 20 largest real estate holding companies, which represent both the company-owned brokerage and franchise divisions of a real estate company, handled 52.79 percent of existing home sales volume in 2019, up from 51.75 percent in 2018 and 49.42 percent in 2017. Transaction side market share for the 20 largest companies jumped similarly over those periods to 46.88 percent in 2019. Total market was based on total home sales counts and average home sale price as reported by NAR.

The following holding companies round out the top five by 2019 sales volume:

The biggest year-over-year growth among holding companies came from Compass (up 100.40% due to large acquisitions folded in), eXp World Holdings (up 82.63% due largely to organic growth) and Hanna Holdings (up 35.79% due to the Allen Tate merger that officially only closed in 2019).

The following franchise brands filled out the top five by 2019 sales volume:

Franchise numbers include production from all franchisees, affiliates as well as company-owned stores operating under the same brand. For example franchising newcomer Corcoran Group who only started franchising in 2019 already ranks No. 15 because it had existing company-owned stores operating under the franchise brand. Realty One Group’s strong 22.25 percent sales volume growth was however largely as a result of actual significant new franchise sales.

“The Real Estate Almanac gives the industry unprecedented insight into who is who, which companies are achieving business success and how new business models are exploding,” said T3 Sixty CEO Stefan Swanepoel. “Referencing any other rankings that use less comprehensive and all-inclusive data creates a false perception of reality,” he said.

The largest real estate holding company by agent count, Realogy, ended 2019 just short of 190,000 real estate agents. In comparison, 10,000+ agents will place a company at number 10 and approximately 3,300+ will bring you in at number 20. Most companies support agents who do between four and eight transaction sides per year. Among the large companies only a handful are able to empower their agents to average double-digit sides, per agent, each year.

Leaders among the nation’s 20 largest holding companies are: