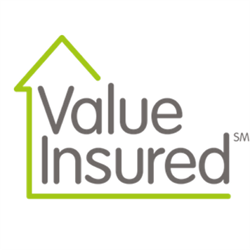 “It’s natural for buyers to be anxious. As prices rise, buyers are seeking ways to protect themselves. Fortunately, innovative new financial tools can reduce the risk and let more Americans reap the benefits of their hard work.

Americans remain generally confident in the country’s housing market and the value of homeownership despite recent interest rate hikes, according to ValueInsured’s quarterly Modern Homebuyer Survey.

The survey produced an overall ValueInsured Housing Confidence Index score of 67.7 on a hundred-point scale, down less than one percentage point from January. The index is the aggregate mean of seven multidimensional confidence measures collected through the survey.

Although the index score held steady, jitters are on the horizon. The new survey suggests that housing confidence’s “Trump bump” has plateaued after two interest rate increases in three months. Fewer than half of Americans (48 percent) now believe the housing market will be more favorable with the new administration (compared to 52 percent in January). And while 63 percent of Americans are hopeful that 2017 will be better for the housing market than 2016, this number has declined by 6 percentage points since January.

All of these measurements were within 4 percentage points of their January levels.

Risk Creeps In, Especially for First-time Homebuyers
Prospective first-time and upgrade homebuyers are cautious about rising home prices and interest rates, and are sensing growing risk. More than three-fifths (61 percent) of interested homebuyers believe six months ago was a better time to buy a home. Nearly as many (59 percent) believe six months from now would be a worse time than now to buy a home. More than three-fifths (65 percent) expect more interest rate increases this year, and 61 percent say “the era of affordable mortgages is coming to an end.”

Similar doubts nag millennial first-time homebuyers. More than half (54 percent) now say they lack the confidence that if they were to buy a home this year, it would be worth more next year (compared to 48 percent of all Americans who say the same). This is an increase of 13 percent points in just three months. Only 35 percent say 2017 will be an easier year for them to buy a home than 2016, a decrease of 6 percentage points from January. These confidence drops are consistent with recent reports that more would-be first-time buyers have retreated from buying or plan to delay buying.

“Even in the most favorable climate, investing in a home feels like a monumental decision,” said Joe Melendez, CEO of ValueInsured. “It’s natural for buyers to be anxious. As prices rise, buyers are seeking ways to protect themselves. Fortunately, innovative new financial tools can reduce the risk and let more Americans reap the benefits of their hard work. Achieving the American Dream shouldn’t be a gamble.”

The information contained herein does not constitute a solicitation nor an offer of insurance in any jurisdiction in which it would be unauthorized or unlawful to do so, including, but not limited to the State of New York.

Infographic: Cautions Creeping in for HomebuyersAmericans still want to buy homes, but cautions creeping in with interest rate hikes and rising home prices.