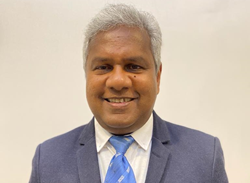 At Verde, we’re Going Green & Beyond.

Did you know Southeast Asia has abundant, underused agricultural waste? The waste stems from palm oil production and Verde Resources (OTCQB: VRDR) plans to use the waste by introducing carbon capture products.

“Verde recognizes the wastefulness of the palm oil industry in Southeast Asia,” said Balakrishnan, president of Verde Resources. “While we must stress that we are not trying to promote the palm oil industry at all, we strive to refine the waste to establish long term food security through organic, sustainable farming, as well as supporting the global climate agenda. We believe that palm oil waste such as empty fruit bunches (EFB) and palm kernel shells (PKS) need not go to waste. Though we have already developed some exciting byproducts, we will continue to invest in research and development. It is a shame that so much palm biomass is recklessly dumped or left to rot.”

Balakrishnan postures that current common utilization of EFB and PKS have yet to maximize its potential in commercial value. To do so, Verde has acquired BioFraction technology that involves an advanced proprietary, modified catalytic vacuum pyrolysis, and temperature controlled thermochemical process that will convert palm waste into bio-char, bio-oil, bio-syngas and plant natural enzyme (PNE).

Biochar is great for soil amendment. When added, it can improve soil pH & structure, reduces erosion, improves water retention, host microbes, and most importantly, sequestering carbon effectively. We have even done a pilot project in Borneo, where we successfully turned an acre of wasteland where previously not even grass could grow, into a producing eggplant farm. Plant Natural Enzyme (PNE) has various benefits, including repelling insects and termites for the organic farming and agriculture industry. It would greatly increase yield.” said Balakrishnan.

In 2016, the Paris Accord was struck with the sole objective to combat climate change, as well as to accelerate and intensify the actions and investments needed to reach net-zero carbon emissions by 2050. The main solution laid out in the agreement is Carbon dioxide Capture & Storage (CCS), a crucial strategy for meeting CO2 emission reduction targets. The U.S rejoined this initiative shortly after President Biden was inaugurated.

On January 27, 2021, President Biden issued an Executive Order on Tackling the Climate Crisis at Home and Abroad. This Executive Order laid out a series of actions for Federal Agencies to take regarding climate change mitigation and resilience, including directing the Secretary of Agriculture to collect stakeholder input on a climate-smart agriculture and forestry strategy.

According to The Washington Times, US Secretary of Agriculture Tom Vilsack has said back in February 2021 that he shares Biden's vison of net-zero agriculture, achieved in part by building markets that pay farmers for sequestering carbon and capturing and reusing methane.

During Agri-Pulse’s annual Ag & Food Policy Summit in March, Vilsack said: “When we talk about new markets, there is an opportunity with reference to climate to create new ways for farmers to benefit financially. We have a good path forward as we look and explore that opportunity. It’s a way of basically providing financial assistance to farmers so that they incorporate into their operations climate-smart agricultural practices, which will not only provide farm income, but it will preserve soil, provide healthier soil and it will be an opportunity to improve the quality of water.”

A carbon bank that both reduces Green House Gas (GHG) emissions and adds support to America’s farmers and ranchers will be key to the Biden administration's pledge. The proof is in the numbers: Out of about 134 million outstanding carbon credits, only about 2.5 million are agriculture-based. “For a new carbon market to be established, it has to be set up in a way that speaks to farmers needs and is really designed for farmers and about farmers.” Vilsack added.

That is why USDA is starting at the ground floor and hoping to gather as many ideas and guidance as it can from the public sector. To do that, the USDA recently published a notice in the Federal Register, seeking input from the public on what the department should do to encourage practices with “measurable and verifiable carbon reductions and sequestration and that source sustainable bioproducts and fuels.

Adding biochar to 10 percent of global cropland could sequester the equivalent of 29 billion tons of CO2, in an article published at the Yale School of The Environment by Mark Hertsgaard.

Furthermore, The Biden Administration has proposed a US$2.25 trillion infrastructure plan that will focus on green energy and decarbonization. And more recently, Tesla’s Elon Musk announced a US$100 million reward for the best carbon sequestration technology. Even agencies such as NASA are conducting experiments with biochar to grow food on Mars as biochar is already widely recognized as a viable soil enhancer able to recondition highly degraded soil or waste land.

“While we are not claiming to provide a one size fits all solution, we have successfully converted palm waste into by-products of high value that would meet that objective. We will soon provide our input to the USDA and we are very convinced that Verde would be able to create new downstream American manufacturing jobs with our initiative” said Balakrishnan.