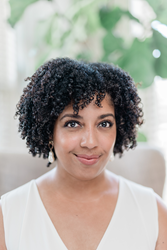 “The time has come to begin building these economies of the future, with the insistent goals of equity, inclusion, and long-term growth," said Phipps.

Phipps joins Fourth Economy in their tenth year as a community and economic development strategy firm with a mission to ensure that the economy serves the people. Working with communities nationwide, Fourth Economy recently released an Economic Competitiveness & Inclusion Plan in Ramsey County, Minnesota focused on equitable development.

“The past year highlighted the importance of building sustainable, diverse, and resilient economies that are equipped to provide access and opportunity to all its participants,” said Phipps. “The time has come to begin building these economies of the future, with the insistent goals of equity, inclusion, and long-term growth.”

More about Victoria Adams Phipps and Fourth Economy’s work can be found at http://www.fourtheconomy.com.

About Fourth Economy
Fourth Economy is a national community and economic development consulting firm. Powered by a vision for an economy that serves the people, our approach is centered on principles of competitiveness, equity, and resilience. We partner with communities and organizations, public and private, who are ready for change to equip them with tools and innovative solutions to build better communities and stronger economies. Learn more at http://www.fourtheconomy.com.