The program will look into new ideas addressing food insecurity. 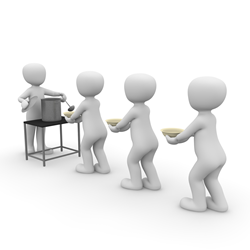 Viewpoint is proud to use its platform to raise awareness and inform the public about what it is that can be done to help.

The mini-documentary series Viewpoint with Dennis Quaid will discuss fighting hunger in communities in a new episode. The program will feature interviews with experts who will share tips regarding helping the food insecurity problem affecting many.
Relevant content providers will be featured in the program.

World hunger is an increasing issue. Food insecurity impacts the health, education, economic and social development of entire communities worldwide. Millions of people in America face food insecurity. Every community has families who face hunger and struggle to put food on the table daily.

In most communities, hunger is caused by many things, like climate changes, poor soil, lack of access to water, and so on, but it is also caused by poverty. Many households that face food insecurity are not eligible for federal nutrition programs and often visit their local food banks and other similar food programs for additional support.

There are some things individuals can do to help fight hunger in their communities. People can organize food drives, start a community garden, and volunteer at a food bank or pantry to help those in need.

Lack of food is a very real issue. Viewpoint is proud to use its platform to raise awareness and inform the public about what it is that can be done to help. The episode of Viewpoint highlighting also efforts to fight food insecurity will cover other efforts being leveraged to combat the problem.

Viewpoint with Dennis Quaid is created for distribution nationally. The show’s intent is for educational purposes. Viewpoint has received multiple awards for its efforts in the educational TV field.