“Angel Found” from Christian Faith Publishing author Virgil Varvel is a compelling fictional work that finds an unsuspecting father thrown into the battle of good versus evil. 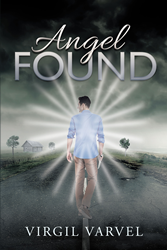 “Angel Found”: a gripping fantasy work that will have readers on the edge of their seats. “Angel Found” is the creation of published author Virgil Varvel, a writer, a researcher, an educator, and an enthusiastic husband and father.

Varvel shares, “The absence of the angel of death, one of the most powerful celestial beings, had persisted for forty years. The resulting turmoil encouraged the demons of the covenant to unleash a dangerous plan. If they discovered Azriel’s location and turned him to their cause, the tide in the eternal struggle between heaven and hell would shift significantly in their favor. If they failed, their own existence would most likely be forfeit. The difficulty of their search was amplified due to the fact that Azriel was also lost to himself with no recollection of his angelic form.

“Meanwhile, Aaron Todd, concurrently a youth pastor at a small Midwestern church and a logistics coordinator for a secret antislavery organization, wanted only to help those in need and keep his daughter safe. Thus far in life, he had been successful at both.

“As these two worlds collided, Aaron’s dreams became a mix of horrific nightmares and arguments with demonic voices. In his waking reality, he was forced into a journey from Earth through the outskirts of hell. On this path, he would have to reunite with his loved ones and his own identity if he wanted to defeat the covenant and discover his own true purpose.”

Varvel’s imaginative work will capture the attention of any reader from the start as they discover a new spin on the classic angel and demon theme.

For additional information or inquiries about “Angel Found,” contact the Christian Faith Publishing media department at 866-554-0919.