Paul C. Light’s new research suggests that voters who believe there is a need for major government reform will determine the results of the 2020 election 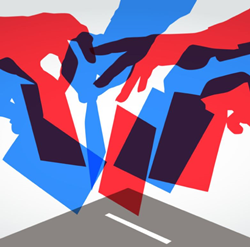 “The 2020 Democratic field is spending too much time promising a bigger federal government that provides more services and not enough time on the need to reform how the federal government delivers,” said Paul C. Light, Volcker Alliance Nonresident Senior Fellow.

A new issue paper published by the Volcker Alliance provides fresh data on what Americans want from government reform and how that will impact voters’ choices in the 2020 election. Written by Volcker Alliance Nonresident Senior Fellow and New York University Professor Paul C. Light, the report is entitled "The Rebuilder’s Dilemma: Charting the Impact of Government Reform on the 2020 Election." The report shows that the public demand for very major government reform is near a twenty-year high: the number of Americans who believe government needs major reform rose from 37 percent in 1997 to 61 percent in November 2019.

“This study could not be more timely. As the 2020 presidential campaigns heat up, it is crucial for candidates to remember that government reform is top of mind for Americans. There is no getting around it. Ensuring government is responsive to its citizens and accountable for delivering on its promises is critical for candidates on both sides of the aisle,” said Thomas W. Ross, president of the Volcker Alliance.

The study provides a clear warning to the 2020 Democratic candidates: unless Democrats offer a reasonable government reform agenda to match their checklist of new programs, voters who favor major government reform may conclude that President Donald J. Trump is the safer choice.

“The 2020 Democratic field is spending too much time promising a bigger federal government that provides more services and not enough time on the need to reform how the federal government delivers. Americans want to hear about government reform, and candidates should be able to speak to it,” said Mr. Light.

The paper offers a bipartisan agenda to address this growing demand for reform, including suggestions for ethics and campaign spending reforms, streamlining the bureaucracy, rebuilding the public service, and imposing a dose of common sense on the regulatory process.

Mr. Light outlines key insights from the report in a brief piece which can be found at volckeralliance.org.

The Volcker Alliance advances effective management of government to achieve results that matter to citizens. The nonprofit, nonpartisan organization is inspired by the legendary public service of our founder, Paul A. Volcker, former Chairman of the Federal Reserve, and his vision of a public sector workforce with the experience, preparation, and commitment to ensure that government is accountable and delivers with excellence. Visit volckeralliance.org to learn more. Follow us on social media @VolckerAlliance and subscribe to the Volcker Alliance newsletter for the latest news and developments. The Volcker Alliance is a 501(c)(3) organization.