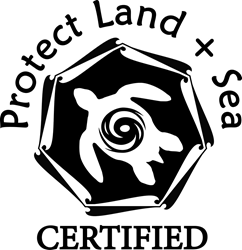 We’ve continued to set the standard when it comes to safety and efficacy, and it seems that the rest of the world is starting to pay attention. Passing the rigorous testing process for the Protect Land + Sea Certification is a testament to Badger’s perseverance and dedication to our customers

W.S. Badger Co, an award-winning manufacturer of mineral sunscreens, today announced achieving the Protect Land + Sea Certification, a seal verifying that a product DOES NOT contain any ingredients or contaminants considered harmful to coral reef environments, sea turtles and other aquatic life. With places such as Hawaii, Key West, Palau, and Aruba banning sunscreens containing ingredients that harm coral, this first-of-its-kind certification comes at a time when consumers aren’t sure what to choose that won’t harm them or the planet.

Badger’s announcement comes on the heels of a new study published by the Food and Drug Administration in JAMA that raises concerns about the safety of six active chemicals commonly found in sunscreens, including oxybenzone and avobenzone – two of the same chemicals identified as harming coral. The report shows that after just a single application, these six ingredients (avobenzone, octocrylene, oxybenzone, homosalate, octisalate, and octinoxate) are absorbed into the bloodstream at concentrations significantly higher than the FDA threshold.

“We started making mineral sunscreens in 2005 when an employee was diagnosed with skin cancer. Most sunscreens at the time used oxybenzone, a chemical with known health concerns. We didn’t want anyone to choose between protecting themselves from the sun and protecting themselves from their sunscreen, so we focused on making the simplest and safest mineral sunscreen possible,” says Rebecca Hamilton, Co-CEO of W.S. Badger Company. “We’ve continued to set the standard when it comes to safety and efficacy, and it seems that the rest of the world is starting to pay attention. Passing the rigorous testing process for the Protect Land + Sea Certification is a testament to Badger’s perseverance and dedication to providing our customers access to the very best (and safest) in sunscreen protection – for themselves, their families, and the planet.”

The Protect Land + Sea Certification is different from other certification programs, such as Organic, Fair Trade, etc. These certifications ask the manufacturer to guarantee a product abides by its criteria. Protect Land + Sea Certified Product(s), on the other hand, are independently tested every year by Haeretics Environmental Laboratory (HEL), a well-known and highly-regarded non-profit scientific organization dedicated to conserving and restoring threatened environmental habitats and resources through fact-based education. New chemicals are added to the HEL LIST every new certification period, which means companies re-certifying their products must keep up with the science.

Dr. Craig Downs, the executive director of the Haereticus Environmental Laboratory based in Clifford, Va., is quoted as saying in a New York Times article “chemicals in sunscreen that come off while swimming or travel through sewage systems when washed off in the shower are ‘bigger than climate change,’ in causing coral reef damage.”

And excerpted from the same New York Times article: A 2008 European study published by Environmental Health Perspectives concluded that sunscreen promotes viral infection in corals that can lead to bleaching. They estimated that up to 14,000 tons of sunscreen is deposited in the world’s oceans each year.

Hamilton continues: “The timing of the new report by the FDA coupled with the growing concerns over the environmental impact on aquatic ecosystems and wildlife means it’s getting harder and harder for consumers to feel safe about their sunscreen choices. Badger sunscreens have always been and continue to remain the safest and best choice for environmentally conscious consumers.”

About Badger
Badger is a family-run and family-friendly company that has been making healthy products for people and the planet since 1995. It was twenty-four years ago that company founder Bill Whyte, a carpenter at the time, created a single, simple balm. Today, Rebecca Hamilton and Emily Schwerin-Whyte, second-generation family owners and sister CEOs, are at the helm of a global business with over one hundred natural and certified organic personal care products—from award-winning reef-safe mineral sunscreens to lip and body balms, hair oils, and bug repellents. Badger’s unique company philosophy, pioneering family-friendly benefits, and B Corp community engagement has earned it numerous awards and recognition, including New Hampshire’s Business of the Year 2019, and landing a spot on Forbes’ Small Giants list.

Badger became a Certified B Corporation in 2011, and in 2015 was one of New Hampshire’s first businesses to register legally as a Benefit Corporation, a for-profit status that incorporates the pursuit of positive environmental and social impact in addition to profit. For more information, visit Badger at badgerbalm.com and follow on Facebook, Twitter, and Instagram