Same-store sales growth was 2.3% during January, the best result posted by restaurants in more than four years. This report comes from Black Box Intelligence™ (formerly TDn2K™) data based on weekly sales from over 47,000 restaurants and $75 billion in annual sales. 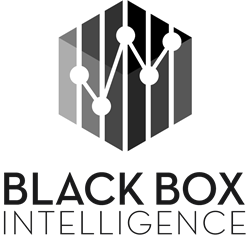 Restaurant sales are off to a great start in 2020 according to January’s results. But, given the favorable weather conditions experienced by the industry during the month, the industry’s enthusiasm may need to be tempered down. Same-store sales growth was 2.3% during January, the best result posted by restaurants in more than 4 years. This report comes from Black Box Intelligence™ (formerly TDn2K) data based on weekly sales from over 47,000 restaurants and $75 billion in annual sales.

“January’s impressive sales growth is not an accurate representation of the strength of the industry,” shared Victor Fernandez, vice president of insights and knowledge at Black Box Intelligence. “Winter has been mild during the first month of the year and headlines from different parts of the country mention historically warm temperatures for January. This seems to be the factor most responsible for the boost in restaurant sales experienced during the month.”

A supporting argument for the positive effect of weather on January’s strong sales growth can be found in the regional results. 5 regions achieved same-store sales growth over 4.0%. All of them are areas of the country that typically would have experienced extreme weather during January, which would have kept many restaurant guests dining at home: the Mid-Atlantic, New England, the Midwest, New York-New Jersey and Mountain Plains. On the contrary, the regions with the weakest same-store sales growth in January were those where winter weather is less of a factor: Florida, the Southwest and Texas.

Even if the industry is benefitting from unusually favorable weather conditions this winter, growing guest counts year over year continues to be unattainable for restaurants. Same-store traffic growth was -0.7% during January, the highest growth for the industry since August of 2018 and only the fifth month in the last 4 years with guest count growth better than -1.0%.

Regional results show a slightly different picture which can also be mainly attributed to warmer weather. The aforementioned 5 best performing regions based on sales growth were able to achieve positive same-store traffic during January. It seems warmer weather persuaded some consumers into venturing out, creating incremental restaurant visits during the month in these regions. The norm for most months during the previous 12 months was for all regions of the country to experience declining same-store traffic.

For the first time in the last 12 months, all industry segments were able to achieve positive same-store sales growth during January. The best performing segments based on sales growth were upscale casual, fine dining and casual dining.

The only two industry segments with same-store sales lower than 1.0% during January were quick service and fast casual. This segment data suggests growth was stronger in experience-based occasions during the month, while convenience-based occasions may have grown at a slower pace.

Economic Growth Moderate, But Consumer Demand Not Expected to Fade

“The economy continues to expand at the moderate rate we saw for most of last year,” commented Joel Naroff, president of Naroff Economic Advisors and Black Box Intelligence economist. “Q4 growth came in at the expected 2.1% pace, but the details make it clear that it will be difficult for conditions to improve sharply during the first half of the year. The key household and business components were soft and should stay that way.

“The wild card in the outlook is the uncertainty over the impact on world economic growth of the coronavirus. It will slow global activity as long as it remains unchecked,” continued Naroff. “Thus, the next quarter or two could be soft. But that doesn’t mean consumer demand, including eating out, will fade. Consumer confidence remains extremely high, the unemployment rate is at historic lows and while wage increases are moderating, they are still decent. Thus, the forecast for modest gains this year in restaurant demand remains in place.”

Service Revealed to be Biggest Differentiator in Marketplace, Restaurants Still Struggling With Staffing

Keeping their restaurants fully staffed remains one of the top concerns of operators as we start the new year. On one hand, the industry continues adding jobs at an accelerated rate, which has put significant pressure on those in charge of recruiting employees in this extremely tight labor market. Restaurant employment grew by 2.3% year over year during December.

With an unemployment rate under 4.0% for the last 22 months, labor-intensive industries such as restaurants have had a hard time finding enough qualified employees to keep up with employment growth. But, in the case of restaurants, the problem is greatly exacerbated by having to fill the vacancies created by turnover sustained at historically high levels for years. Turnover rates for both hourly, non-management employees and restaurant managers increased again during November according to Black Box Workforce Intelligence.

But the biggest concern for restaurants should be the enormous impact that their workforce has on their guest sentiment and the effect it has on its success in the marketplace. During 2019, service was the attribute of the restaurant experience that most differentiated top performing restaurant brands based on same-store sales and those underperforming. According to Black Box Guest Intelligence, the gap in guest net sentiment between top and bottom performers was greater in service than it was for food, beverage, ambiance or even value.

For years, guests have expressed through their online comments and reviews that superior service the aspect of the restaurant experience they are most likely to reward with incremental sales. Black Box Intelligence data also shows that lower turnover rates at the management and hourly employee level are undoubtedly linked to those top performing brands. To become a top performing brand in the marketplace, restaurants need to work on becoming a top performing company in the workplace.

The small positive sales momentum experienced by the industry in 2019 is expected to continue into the new year. Moderate economic growth and strong consumer confidence continue to support the idea of restaurants being able to achieve small year-over-year gains in their sales during 2020.

The first half of the year is faced with tougher sales comparisons year over year which suggested soft sales growth for Q1. But if relatively good weather continues to hold up, we could see a strong Q1 based on same-store sales growth. What is expected to remain unchanged is the unyielding trend of declining guest counts as restaurants continue to contend with an overbuilt industry in which guests have plenty of options on where to spend their dine-out dollars.

The expectation for labor shortages, high turnover and increased wage pressures remains for restaurants in the upcoming quarters. As long as unemployment stays this low, which is good news for economic growth and consumer spending, restaurants will have a tough time keeping their locations fully staffed.