‘Mayors for the Freedom to Marry’ Submitted an Amicus Brief on Mar. 6 on Behalf of More Than 200 U.S. Mayors 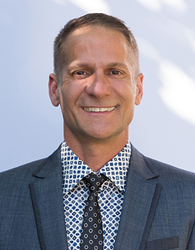 The City of West Hollywood is one of the most outspoken municipalities in the nation in advocating for the legal rights of lesbian, gay, bisexual, and transgender (LGBT) people and the freedom for all people to marry.

The City of West Hollywood is one of the most outspoken municipalities in the nation in advocating for the legal rights of lesbian, gay, bisexual, and transgender (LGBT) people and the freedom for all people to marry. West Hollywood Mayor John D’Amico joined 225 other mayors in signing onto a friend-of-the-court brief urging the U.S. Supreme Court to end marriage discrimination nationwide. The brief includes mayors from small towns to the largest five cities in the nation, as well as the U.S. Conference of Mayors, the International Municipal Lawyers Association, and the National League of Cities.

The amicus brief was authored on behalf of Mayors for the Freedom to Marry by the City Attorney’s Office of the City of Los Angeles and was filed at the U.S. Supreme Court on the morning of Friday, March 6, 2015. The brief states: “Municipalities, as the level of government most closely connected to the community they serve, bear a great burden when a target sector of their populace is denied the right to marry … When the freedom to marry is denied, municipalities are the first level of government to suffer the impact.”

Mayors for the Freedom to Marry was launched three years ago as an extension of the national organization Freedom to Marry, which works with national and state organizations and allied individuals to build a critical mass of states where same-sex couples can marry and a critical mass of public support in favor of the freedom to marry. Mayors for the Freedom to Marry is a broad-based nonpartisan group of more than 700 mayors over the past three years who believe that all people should be able to share in the love and commitment of marriage.

In June 2008, in a monumental moment in U.S. history, the City of West Hollywood, in conjunction with the Los Angeles County Register-Recorder Clerk, began issuing marriage licenses and performing civil ceremonies for same-sex couples following the Supreme Court of California ruling on Proposition 8. In June 2013, after a legal stay, the U.S. Supreme Court dismissed an appeal in Hollingsworth v. Perry and the City of West Hollywood launched a marriage celebration. West Hollywood City Councilmembers and City Officials performed hundreds of civil ceremonies.