Who Let the Crypto Dogs Out? Hoge: The King of DeFi Made Easy 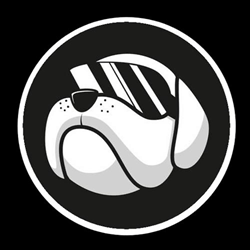 The following information is neither an endorsement nor financial advice.

More meme than meme, HOGE was a project which started as a joke of the now popular Doge coin. However, HOGE quickly distinguished itself within the decentralized finance sector, a space in cryptocurrency, where economists and average users collide in a race to see who has the best cryptocurrency. HOGE quickly achieved mass adoption due in part to their decision to forgo the traditional ICO and start with a fair launch, seeing massive success in two short months. The price of Hoge, being extremely cheap per coin, along with an active community, makes it feel like Doge in the early days. For just a couple of dollars investors can get themselves a large chunk of HOGE coins.

Hoge Finance was started in February of 2021 as an ERC-20 token with a deflationary supply mechanism, meaning the total supply of HOGE coins continuously decreases. It quickly gained traction on Uniswap thanks to both the popularity of the meme-powered genre, and to a smart contract that guarantees months of locked liquidity for coin holders. A grassroots community of creators, developers, and crypto enthusiasts came together to give the project a lasting footprint in the decentralized finance ecosystem "DeFi". DeFi is an increasingly more popular form of cryptocurrency gaining traction that is specifically not reliant on a exchange or brokerage.

HOGE has received widespread coverage across many platforms such as Medium and YouTube because of its compelling vision for “DeFi made easy”. The goal of the project is to leverage the capabilities of Ethereum’s DeFi structure by introducing these benefits to a broader public in a fun and approachable way. Some in the community have advocated for HOGE to stand for the acronym “Help Organize Greatness Everywhere”, with a focus on empowering content creators, promoting incentive benevolence, educating new cryptocurrency users, and supporting animal shelters. Some in the community have also advocated that HOGE is an acronym for "Holding Only Gets Easier", as the HOGE coin boasts a Certik audit and multiple exchange listings, all within its first couple of months of creation. The community also owns multiple NFT mints (smart contracts), providing a platform for artists that will continue to generate royalties.

Though still very new, Hoge Finance has already successfully integrated its brand into the esports market, NFT art, and charity projects. It distinguishes itself from other deflationary meme coins by being the standard against which all other projects are measured. The roadmap of completed and planned projects, along with instructions for purchasing the coin can be accessed at hogefinance.com.

Hoge on the Moon