“Science Proves That God Exists” from Christian Faith Publishing author William Schonfelder holds a brilliant perspective of the truth of God’s existence by utilizing science and unraveling what His purpose for man is. 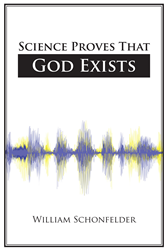 “Science Proves That God Exists”: a well-written exposition that presents insight, information, and wisdom about God’s evident intent, purpose, and existence. “Science Proves That God Exists” is the creation of published author William Schonfelder, a caring, loving husband and father. He became a part of a fellowship on a social media platform with the goal to understand on a deeper level what God was trying to show the human element since the Garden of Eden through the information He intended.

Schonfelder shares, “When I was in school back in the ’60s, I was taught many things that I believed were factual and honest in truth and knowledge. As an example, that we came from monkeys and that the cavemen came from fish that walked on the land. My science teacher taught us that all things happened from a single Big Bang theory. I believed in these things that were taught to me so much as to defend them without any real information behind it other than what I was taught or shown. I even did this with my faith and religion because someone else who was more spiritual or educated than myself taught it that way. I just believed what they taught in the pulpit and on the radio.

“Then something happened to me that showed me that everything I believed was a lack of the ‘right’ interpretation of what the current information was trying to show me. That example is explained in this book using a closed- or open-universe theory based on the instruments of the time.

“I chose the title because of a download that came from the source—God—answering all of my questions in one night, wide awake, and without my knowledge of it, except my loving wife, who witnessed this download. I have learned that when I go to the source, ‘purpose is defined, that created me. We must all find what that truth is and not just accept it because it was told to you that way from generations that one day decided this is how it is’ (quote from the book Science Proves That God Exists).”

Published by Christian Faith Publishing, William Schonfelder’s new book is a profound study that will allow the readers to know how to properly understand the Creator’s word, establish a closer relationship with Him, and realize the purpose of His plans.

View a synopsis of “Science Proves That God Exists” on YouTube.

For additional information or inquiries about “Science Proves That God Exists,” contact the Christian Faith Publishing media department at 866-554-0919.