Philadelphia and Harrisburg union lawyers named among best in the U.S. 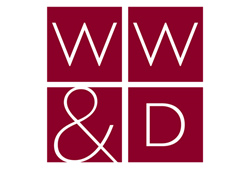 The Pennsylvania labor, employment and workers’ compensation law firm Willig, Williams & Davidson is proud to announce that 15 of its attorneys have been selected by their peers for inclusion in the 2020 edition of The Best Lawyers in America®, one of the legal profession’s oldest and most respected peer-review publications. The selected attorneys were drawn from the firm’s Philadelphia and Harrisburg offices and were recognized for their work in the practice areas of employment law - individuals, labor law – union, labor and employment litigation, and employee benefits (ERISA) law.

The 2020 Best Lawyers include Deborah R. Willig, Alaine S. Williams, Stuart W. Davidson, Nancy B. G. Lassen, Ralph J. Teti, Deborah M. Lerner, Linda M. Martin, Irwin W. Aronson, James S. Beall, Susan Bahme Blumenfeld, Laurence M. Goodman, Ryan A. Hancock, Bruce M. Ludwig, Amy L. Rosenberger, and Richard G. Poulson. Several of the attorneys have been named among Best Lawyers for many years, including Willig and Aronson, who have 30 years on the list, Davidson, who has been named to Best Lawyers for 25 years, and Williams, who has been named a Best Lawyer for 20 years.

Since it was first published in 1983, Best Lawyers has become universally regarded as the definitive guide to legal excellence. Because Best Lawyers is based on an exhaustive peer-review survey in which more than 36,000 leading attorneys cast almost 4.4 million votes on the legal abilities of other lawyers in their practice areas, and because lawyers are not required or allowed to pay a fee to be listed, inclusion in Best Lawyers is considered a singular honor. Corporate Counsel magazine has called Best Lawyers “the most respected referral list of attorneys in practice.”

About Willig, Williams & Davidson – Willig, Williams & Davidson (http://www.wwdlaw.com) is one of the largest and most respected union-side labor law firms in the United States. The firm has offices in Philadelphia, Jenkintown and Harrisburg, Pa., as well as Haddonfield, N.J., and Chicago, Ill. Founded in 1979, Willig, Williams & Davidson focuses on representing labor unions, employee benefit funds and individual working people and their families on a variety of legal fronts, including national, regional and local contract negotiations; dispute resolution through mediation, arbitration and litigation; tax and benefit law compliance issues; discrimination and other employment matters; prepaid legal services for union members; and workers’ compensation matters in Philadelphia and beyond.