Industry professionals explored the stunning diversity of terroirs from the north to south of the country and learned why the wines of Argentina are unsurpassed. 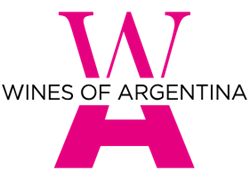 Argentine wine has much to offer that you cannot get from other wine countries.

Wines of Argentina, the organization dedicated to promoting the brand and image of Argentine wines around the world, celebrates a successful event in New York City that introduced the new campaign–Argentina Unsurpassed–and highlighted the exceptional moment Argentina is experiencing in the wine industry.

Thanks to the region’s innovation, diversity, sustainability and prestige, Wines of Argentina was able to execute an exceptional trade and media event that showcased the best wines from the region for 115 professionals on Thursday, November 10, 2022.

Wines of Argentina partnered with Vinous Wine Critic Joaquín Hidalgo, who has been the publication's South American wine critic since 2018, to host a masterclass at the Consulate General of Argentina that explored the region, diving into the country’s legacy, terroir and innovative winemakers that are paving the way for a promising future for Argentine wine. Attendees explored thirteen wines from the north to south of the country from wineries.

“New York is such an amazing city and coming from Argentina to share your wine is always an honor,” said Juan Pablo Murgia, head winemaker of Argento and Otronia, who highlighted the importance of communicating Argentina’s efforts toward sustainability. “At Argento our goal is to lead Argentine viticulture in a sustainable way, respecting the environment and developing brands of high perceived value, marketed internationally. We work taking care of natural resources and with organic production to express and preserve the quality of our region through different varieties of grapes and wines”.

“The overall concept was linked to what I think are the most interesting trends and flavors from Argentina,” says Hidalgo, “so, I chose wines with several profiles to deliver a terroir-driven masterclass that, hopefully, inspires attendees and shows Argentina is not a boring category. I think the region has great potential because a lot of people misunderstand what is available to them. Whether it’s Malbec–which is a tricky category itself because it can represent or deliver so many styles–or Chardonnay and other whites from Argentina, which are quite unique and more concentrated because of the continental climate, Argentine wine has much to offer that you cannot get from other wine countries.”

Attending trade and media were also able to dive deeper into the world of Argentine wine during the grand reception which featured 30+ producers, including:

Also included in the reception area was a dedicated space for 12 Argentine micro wineries seeking importers. Sponsored by FedEx Express–who transported the wine samples, showing the commitment of the company in support of SMEs in Argentina–this space featured:

“A true representation of a country showcases all of the producers [including those] who are making great wine and representing Argentina,” says Sommelier and Wine Educator Carrie Lyn Strong. “Small producers make some of the greatest, most creative and unique wines in the world. [Whether it’s] red varietals [like] Sangiovese, Petit Sirah, Petit Verdot, Cabernet Franc or Criolla, red blends with Malbec that create a beautiful expression of the terroir, or Torrentes and Chardonnay [that] shine bright as individual varietal white wines, the Argentine wine experience is exciting, enticing, delicious, complex and worth exploring.”

Winemaker Estela Perinetti adds, “as a small producer, I think this was a great event to connect with the trade and media outlets and to make them aware of Las Estelas Wines. As a woman owner and winemaker with high-scoring wines, I see a lot of opportunities in the U.S. market."

Wines of Argentina remains committed to supporting all wine producers and keeping wine consumers informed of regional news. “Variable damages in certain regions and vineyard areas have been reported from late-season frost on October 31 and November 1,” says Wines of Argentina President Alejandro Vigil. “Despite it being too soon to determine the precise extent of the damage, wineries and viticulturists from different productive regions have expressed their dedication to continuing the supply of grapes and wine to the markets.”

About Wines of Argentina
Since 1993, Wines of Argentina has been promoting the brand and country image of Vino Argentino throughout the world. In addition, it plays an essential role in guiding Argentina's export strategy, by studying and analyzing changes in key markets: the United States and Canada, the United Kingdom, Europe, Asia and Latin America.

The organization aims to collaborate in the consolidation of Argentina among the main wine exporting countries and contribute to the global success of the national wine industry by building the "Vino Argentino" brand, raising the positive perception of the trade, opinion leaders and consumer audiences.