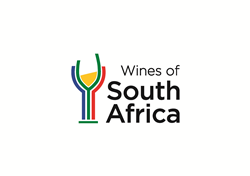 Since exports of South African wine are still allowed, support overseas is crucial. The US, and other export markets, can play a vital role and make a difference in keeping the industry alive.

The South African wine industry has been hit especially hard by the effects of the COVID-19 pandemic, with the country having experienced one of the strictest lockdowns in the world. The country’s lockdown and prohibition on the sale of alcohol began at the end of March, which included a ban on wine exports. Wine industry associations and organizations came together to lobby against the decision, and, thankfully, the ban on exports was lifted effective May 1. However, the prohibition of alcohol sales in South Africa remained for over two months, until it was lifted on June 1, for at-home consumption. Restaurants and bars were allowed to reopen in mid-June. Yet with the rationale of the need to free up hospital beds occupied by those suffering from alcohol-related traumas, the South African government reintroduced the latest ban on alcohol on July 13, which is still in effect, with no definitive end date.

The new regulations include both on and off-premise sales, so it is affecting not only wineries, but restaurant workers as well. Those in the wine and hospitality industry have been taking to the streets to protest and put pressure on the government to allow for on-premise sales for sit-down restaurants.

The alcohol ban brings a significant risk to the economic and socioeconomic sustainability of both the South African wine industry and the country as a whole, along with risking the livelihoods of rural communities who are directly affected due to the financial implications from an industry that could quite likely see devastation.

The wine industry creates close to 300,000 jobs directly and indirectly, and is South Africa’s second-largest exporter of agricultural products. As an industry, the contribution to the GDP for the South African economy exceeds more than $2.6 billion annually. The liquor industry as a whole has a deep value chain in the country, employing almost one million people. The government’s decision has serious economic consequences, placing hundreds of thousands of livelihoods at risk. Many of South Africa’s wine producers are small and family run. It has been estimated that one in five wineries may not survive.

South African wine exports make up roughly 50% of the total production. Since exports of South African wine are still allowed, support overseas is crucial. The US, and other export markets, can play a vital role and make a difference in keeping the industry alive. We are urging those in the trade and media to spread the word, and to educate and encourage consumers to support the South African wine industry by purchasing and drinking South African wines. Keep the discussion and support going on social media with the hashtag #DrinkSouthAfrican.