Madeleine Jackman of Denver, CO won $1,000 for "The Swipe Sonnets". Over 4,748 poets competed for one of today's top prizes in humor poetry. 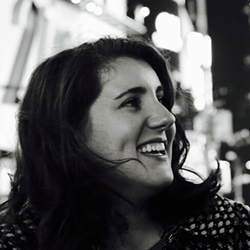 The winning poem is "a virtuoso sequence of satirical sonnets incorporating vulgar comments from real men on the Tinder dating app."

Winning Writers is pleased to announce the results from its 17th annual Wergle Flomp Humor Poetry Contest. Madeleine Jackman of Denver, CO won first prize and $1,000 for her comedic poem, "The Swipe Sonnets". 4,748 contestants from around the world participated.

Jendi Reiter, final judge of the Wergle Flomp contest, called the winning poem "a virtuoso sequence of satirical sonnets incorporating vulgar comments from real men on the Tinder dating app. Shakespeare's donkey-headed Bottom from 'A Midsummer Night's Dream' looks like a real catch next to these dudes, whose self-confidence is inversely proportionate to their maturity."

Second-prize winner Dolorem Ipsom's "Clock Signal: The Medulla of the Device" takes its inspiration from the 2017 discovery of an embarrassing bug in a widely used computer chip, which will cause many devices to stop functioning if not replaced. In the poem, corporate damage-control rhetoric degenerates into contradictory gibberish, with an upbeat yet threatening tone that will be familiar to cubicle slaves in any industry.

Third-prize winner Sarah Cannavo of Maple Shade, NJ grieves the very modern trauma of trying to call your insurance company or cable provider, in her poem "The 5 Stages of Being On Hold". That's why, if you want to get in touch with Winning Writers, it's quickest to email, text, or passive-aggressively subtweet us. (If you use Facebook Messenger, we just assume you're a Russian bot.)

The 18th contest is open now through April 1, 2019. There is no fee to enter. See guidelines and enter online at https://winningwriters.com/wergle