Emily Bracale of Bar Harbor, Maine won the Grand Prize in the fourth annual North Street competition for self-published books, sponsored by Winning Writers and co-sponsored by BookBaby and Carolyn Howard-Johnson. Bracale's graphic narrative, Our Last Six Months, is a tender, homespun, and informative memoir of how her blended family came together to nurse her ex-husband through terminal cancer. 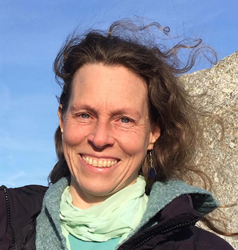 "More than a memoir, Our Last Six Months serves as a case study and conversation-starter for those end-of-life decisions that many families put off until a crisis hits."

Winning Writers is pleased to announce the results from its fourth annual North Street Book Prize for Self-Published Books. Emily Bracale of Bar Harbor, Maine won this year's Grand Prize across all genres for her graphic narrative Our Last Six Months, a tender, homespun, and informative memoir of how her blended family came together to nurse her ex-husband through terminal cancer. She received $3,000, a marketing analysis and one-hour phone consultation with Carolyn Howard-Johnson, a $300 credit at BookBaby, and 3 free ads in the Winning Writers newsletter (a $450 value).

Five category winners each received $1,000, a marketing analysis and one-hour phone consultation with Carolyn Howard-Johnson, a $300 credit at BookBaby, and one free ad in the Winning Writers newsletter (a $150 value). They included:

Five Honorable Mentions of $250 went to Sarah Hina, K. Gordon Neufeld, Petula Caesar, Juliette Chen, and picture book co-authors Barbara Jean Hicks and Kevin R. Wood. Final judges Jendi Reiter and Ellen LaFleche were assisted by Annie Keithline and Lauren Singer Ledoux. Excerpts from all the winning entries are published with the judges' remarks on winningwriters.com. $9,250 was awarded in all, making this one of the world's most generous contests for self-published books.

The fifth annual contest is open now through June 30, 2019. One Grand Prize winner across all genres will receive $3,000 plus marketing support, with runner-up prizes of $1,000 and $250 in each genre. The entry fee is $60 per book. This year's categories are Mainstream/Literary Fiction, Genre Fiction, Creative Nonfiction & Memoir, Poetry, Children's Picture Book, and Graphic Narrative (new for 2019).

In addition to the North Street Book Prize, Winning Writers sponsors the Tom Howard/John H. Reid Fiction & Essay Contest, the Tom Howard/Margaret Reid Poetry Contest, and the Wergle Flomp Humor Poetry Contest (no fee). Writer's Digest has named it one of the "101 Best Websites for Writers" (2015-2018). Join our 114,000 followers on Twitter.