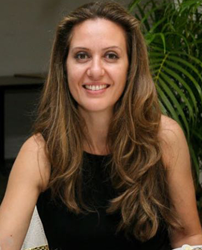 I believe that the work of the WiRACHP is crucial in encouraging both employers and women in the industry to participate in initiatives that help to address the gender imbalance, and to have that importance recognised by the Cooling Industry Awards judges is hugely gratifying

The important work being carried out by the Institute of Refrigeration (IOR)’s Women in Refrigeration, Air Conditioning and Heat Pump (WiRACHP) network has been recognised this month with a landmark nomination at the upcoming RAC Cooling Industry Awards. The group has been shortlisted for the Diversity Impact Award, with Steering Committee member and Star’s Marketing Manager Astrid Prado selected to represent the organisation as the official nominee.

The Diversity Impact Award is a new accolade that has been created to help shine a light on the efforts of those who have worked tirelessly to encourage the influx of females, ethnic minorities and other underrepresented groups into the refrigeration industry. WiRACHP have been instrumental in fighting to foreground the rights of women in the sector and thereby attract females to a career in an industry that has traditionally been dominated by males.

In particular, WiRACHP made great strides earlier this year with the publication of a ground-breaking survey aimed at identifying ways in which the gender parity gap can be narrowed in the industry. Astrid Prado was instrumental in the conception, execution and publication of the pioneering benchmark study which contains valuable insight into the industry’s current benefits and attitudes towards women, and the areas in which the sector should invest to close the gender gap and attract more female talent.

Karen Perry, WiRACHP Chair said, “The nomination is in recognition of Astrid’s research and report on behalf of the UK’s Institute of Refrigeration’s Women in RACHP network. It was an enormous task but her vision and determination lead to the ground-breaking report which is already subscribed to by many companies interested in improving diversity and inclusion in our industry. Well done on both the report and the award nomination.”

The work of the WiRACHP group and Mrs Prado, which focuses on raising the profile of women working in the industry and the promotion of the range of career opportunities available to young women, aims to increase the number of female workers among different functional roles in the refrigeration and heating sector.

Rob Lamb, Group Sales and Marketing Director said, “We are always eager to diversify our workforce and bring more women into the fold and this kind of research is what’s needed to develop initiatives that are aimed at creating an ideal environment for women to thrive. Congratulations to Astrid and the IOR’s Women in RACHP group for being short-listed for the RAC Cooling Awards in the Diversity Impact category. Their commitment to engage and attract more talented females and make this industry more appealing to all is to be commended.”

Mrs Prado has expressed delight at the WiRACHP’s nomination and both surprise and gratitude for the recognition that it has shone on her own personal role in the group’s body of work. She said, “I believe that the work of the WiRACHP is crucial in encouraging both employers and women in the industry to participate in initiatives that help to address the gender imbalance, and to have that importance recognised by the Cooling Industry Awards judges is hugely gratifying. Having been chosen to represent the group when there is such a strong team of women working together is especially humbling for me. It is simply an honour to serve the WiRACHP and its remarkable work”.

The winners will be announced at an online ceremony scheduled to take place on December 9th, 2020. To register for the free-to-attend virtual event go to https://coolingawards.racplus.com