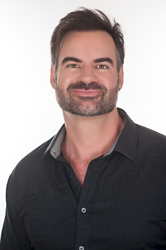 "We are dealing with this today. We have a solution that works, that’s affordable, and proven.” - Dave Krause, Drone Defend

By the end of 2019, there are estimated to be 2 million drones sold in the U.S., according to the Federal Aviation Administration. That number is expected to double over the next year. One Los Angeles-based security company, Drone Defend, is seeking to make sure that businesses, property, and people are protected against the abuse of these unmanned aerial vehicles.

Cybersecurity specialist Dave Krause is raising awareness regarding the considerable risks that drones are already beginning to pose at a staggering rate and the advanced threats that may occur if drone misuse isn’t taken seriously enough, including risks to public safety.

As a leader in the world of IT for more than two decades, serving the needs of major film studios and Fortune 500 brands, Krause is now working to serve the needs of those in the private sector, who run the risk of having their intellectual property stolen or private situations exposed, or even worse, are in danger of experiencing physical damage to their property or people. This includes businesses and college campuses to outdoor concert or sporting event venues, as well as high profile individuals.

Through the launch of Drone Defend, Krause is now protecting the private sector using the most advanced counter-drone security technology on the market – by detecting drones through around-the-clock monitoring and tracking – and alerting clients when such drones are nearby that could potentially impact their privacy, safety, or well-being.

Some of the nefarious purposes Krause states drones are being used for include surveilling company boardrooms and stealing confidential data from whiteboards, capturing celebrities and high profile individuals in compromising or private situations for purposes of blackmail, or even going as far as to weaponize drones to put those attending public events at venues, such as sports arenas, stadiums, red carpets or political rallies, at risk of an attack.

There are of course a larger group of drone operators that fall into the ‘clueless or careless’ category. For example, drones are popular Christmas gifts, and many hobbyists purchase consumer drones at their local tech stores. Although most consumers of these aerial vehicles have harmless intentions, many are highly unskilled pilots and do not take the time to research and abide by the existing laws protecting public safety. There have been many incidents, Krause explains, of innocent bystanders getting seriously wounded by drones; their carbon reinforced propellers can shred body parts like paper and the impact potential from falling drones can be seriously dangerous, perhaps even fatal. Given the sheer numbers of drone operators that fall under this category, there is soon to be a greater awareness of this concern after further media exposure.

Of the more devious misuses in just the last year, drones have already been used to attempt assassinations in foreign countries and have compromised runways, shutting down major airports in London and Dubai. Some high-profile corporations have had confidential data on their whiteboards captured and stolen by drones hovering nearby.

Unlike other solutions on the market, Drone Defend’s monitoring and tracking technologies can detect almost any drone on the market. Almost 80 percent of drones are currently made by Chinese-based manufacturer DJI, but Drone Defend can detect others as well, even off-market devices.

The company does this by deploying its own temporary or permanently fixed devices on fixtures located near office buildings, outdoor venues or even residences. These devices work in concert, which then communicate back to users the detection of any drones, warning them through immediate alerting capabilities through texts, or through a phone app or website, that a drone is nearby, so that they may protect themselves from illegal photography or attacks to their safety.

Current laws prohibit individuals from bringing down a drone, as it is considered an FAA violation and federal crime, so businesses like Drone Defend are seeking to provide the latest ‘bleeding edge’ counter-drone security technologies to identify drones up to two miles away, pinpoint their location and often the location of their pilot, and even provide forensic evidence to authorities that can be used for prosecution.

“This is a case where the technology is seriously outpacing legislation, let alone enforcement,” says Krause. “Much of law enforcement has little or no training or direction on how to deal with drones and the threat they present to public privacy and safety. With drone technology becoming ubiquitous and little being done about enforcement of current laws it really is the Wild West out there and no one is focusing on protecting the private sector from this emerging threat.”

Drone Defend is the only company currently providing a service to private sector individuals all the way up to corporations, whereas others are focused mainly on governmental institutions such as airports and military bases. Krause has invested a significant amount of time combining his unique cyber security and IT integration experience with the very best counter-drone technologies available today to create effective solutions for Drone Defend’s clients. “There is a lot of marketing fluff out there in this emerging market and so far very few manufacturers can deliver on their promises. We understand that practical and scalable solutions are needed and as such have employed the very best technologies to do this properly.”

“Drones are quickly becoming a massive concern for many people which will certainly grow in the coming days or years, and a large scale catastrophe may very well be on the horizon. We are dealing with this today. We have a solution that works, that’s affordable, and proven.”