Fifteen new Parkinson advocates, all of whom are living with Parkinson's disease, launch their new role as Ambassadors for the 6th World Parkinson Congress to be held in June 2022 in Barcelona, Spain. 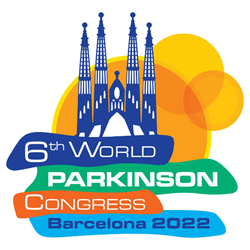 I look forward to filling this role and helping to demystify Parkinson’s. Too many people don’t understand this disease. I am thrilled to help encourage more people with PD, researchers, and clinicians to come together under one roof

These Parkinson Ambassadors represent 11 countries, and have, between them, more than 100 years of living with Parkinson’s. They have spoken to government bodies, started nonprofit organizations, led advocacy movements in their countries, mentored and educated newly diagnosed people with Parkinson’s and spent years advocating for more funding for Parkinson's research, more awareness about this often misunderstood disease, and for better care for the Parkinson’s community and their families.

Ambassadors will be promoting the most unique international conference in the Parkinson’s space. Every three years the WPC brings together basic scientists, neurologists, general physicians, nurses, rehab specialists (PT, OT, SLP), and a wide range of other clinicians (social workers, dieticians etc), as well as people with Parkinson’s (PwP) and their care partners. WPC's mission is to bring experts and people with Parkinson’s together to better understand each other and advance both the clinical and research goals of discovering new treatments—their purpose, impact, and usage.

“We are thrilled with our newest group of Parkinson Ambassadors,” said WPC Executive Director, Elizabeth Pollard. “Their combined years of living with PD and experience as advocates in their communities gives them incredible insight to what is helpful to people with Parkinson’s and they are great teachers to the researchers who rarely meeting people with Parkinson's in person. They will be advocates for the WPC while they raise awareness about Parkinson’s around the globe as we count down the months to the 6th World Parkinson Congress.”

“Being selected as an Ambassador is both exciting and a real honor,” said Ambassador A.C. Woolnough of Idaho, USA. “I look forward to filling this role and helping to demystify Parkinson’s. Too many people don’t understand this disease. and I am thrilled to help encourage more people with PD, researchers, and clinicians to come together under one roof at the 6th World Parkinson Congress to learn, connect, and collaborate.”

A complete list of WPC Parkinson Ambassadors and their bios is available at https://wpc2022.org/2022ParkinAmb

About the World Parkinson Coalition® and WPC 2022
The World Parkinson Coalition Inc. provides an international forum for learning about the latest scientific discoveries, medical practices, caregiver initiatives and advocacy work related to Parkinson's disease. The triennial World Parkinson Congresses provide a space for the global Parkinson’s community of researchers, clinicians, health care professionals, people with Parkinson’s and their care partners to meet in person, network, and discuss advances in Parkinson’s research, improve understanding and promote advocacy worldwide, while influencing future research and care options. The WPC 2022 will attract more than 4,500 delegates. Learn more at: http://www.wpc2022.org/

About Parkinson’s Disease
Affecting nearly one million Americans and 10 million people worldwide, Parkinson’s disease is the second-most common neurodegenerative disease after Alzheimer’s. There is no cure for Parkinson’s and 60,000 new cases are diagnosed each year in the United States alone.