Snowl has raised nearly $100,000 on Kickstarter in less than 48 hours, making it one of the top campaigns under the Technology and Wearable category on the platform. 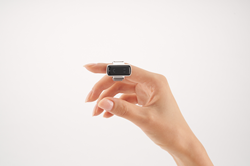 While major computer mice manufacturers have created mice that are specialized for specific behaviors or uses such as gaming and designing, Snowl provides a level of versatility that is only made possible thanks to its 9DoF technology.

After months of finding and developing a way for 9dof technology to be incorporated into consumer technologies, Coxspace has created Snowl and has partnered with Altos Business Group, a product launch agency to successfully hit an initial funding goal of $10,000 on Kickstarter in under 6 hours. Virtual Reality devices typically use either three degrees of freedom (3DoF) or six degrees of freedom (6DoF) which tracks the rotational motion of pitch, yaw and roll only.

On top of the motions that are tracked with the previous two mentioned degrees of freedom, nine degrees of freedom (9DoF) contains 3 different sensors: an accelerometer, a magnetometer, and a gyroscope. experts predicted that this type of technology would be useful for high technology industries, but Coxspace wanted to find a way to make this technology provide unparalleled amounts of value for the public by integrating it tastefully into existing consumer electronics that are widely used today.

This led to the birth of Snowl, and the reaction it is receiving from the Kickstarter community has shown that early adopters have discovered the potential value that a device like Snowl can provide. While major computer mice manufacturers have created mice that are specialized for specific behaviors or uses such as gaming and designing, Snowl provides a level of versatility that is only made possible thanks to its 9DoF technology.

Snowl can be used in three different ways:

The first two modes can be used when worn on the index finger while the last mode can be used when Snowl is put in its charging cradle and then placing the entire unit on a flat surface. This will allow a user to control their phones, laptops, and tablets for basic UI control, gaming, designing, and many other activities. Snowl can connect to any device via Bluetooth without a separate receiver.

Coxspace is rewarding its early backers with a Kickstarter exclusive metal finger strap. Snowl is starting at $99 which is limited only to Kickstarter backers. Prices are anticipated to go up after the company transitions to an e-commerce platform. To back the Snowl campaign or to find more information abotu the device, please visit its Kickstarter page. Any journalists, editors, and social media influencers interested in reviewing the product are encouraged to submit an inquiry through the Kickstarter campaign.