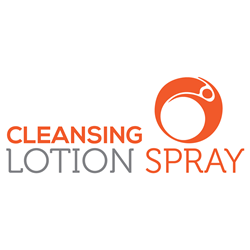 Global Baby Diaper Rash Cream market landscape and its growth prospects over the coming years. Inventions like this open the door for new innovations in the baby product industry

World Patent Marketing, the world's fastest growing vertically integrated patented product development company, is proud to announce the latest baby invention which aims to help parents alleviate their baby's diaper rash. This will be the newest entry in the global baby diaper rash cream market which is expected to grow by 5% annually for the foreseeable future.

“This idea is a viable alternative in treating people with skin problems as well as those who are recovering from burns or surgery,” says Scott Cooper, CEO and Creative Director of World Patent marketing. "The Cleansing Lotion Spray has been prepared based on an in-depth market analysis with inputs from industry experts. It also covers the Global Baby Diaper Rash Cream market landscape and its growth prospects over the coming years. Inventions like this open the door for new innovations in the baby product industry."

The global baby diaper rash cream market is expected to grow by 5.64% compounded annual growth rate (CAGR) in the next few years. To put that into perspective, by 2019, that would be an equivalent growth of more than 31% compared to 2014 levels. In contrast, the world economy is only expected to grow at a 3-4% CAGR. The global baby diaper rash cream market would outstrip the growth of most countries in the world. This is due to the increasing affluence of most developing countries, even as some developed countries are experiencing an aging and shrinking population.

“Babies are cleaned when their diapers are changed. This would prevent diaper rash – or so we think. However, whether using disposable diapers or cloth diapers, rashes still develop because of the object used to clean the baby," explained baby invention creator Shawn F., who adds that toilet paper, tissue and wet wipes actually cause more harm than good when cleaning baby’s skin. The Cleansing Lotion Spray, a genius baby invention, is designed to solve diaper rash at its source. Diaper rash is a condition where the baby's skin is irritated due to several factors which include: heat from the diaper, urine, irritation from fecal matter, as well as unwashed areas or skin folds. It is hard to keep a baby from having diaper rash due to the use of the diaper themselves.

"The Cleansing Lotion Spray helps prevent diaper rash by serving as a protective film so that urine and feces do not stick to the baby’s skin," says, Christina Moore, mom blogger from Spokane, WA. "In addition, the organic and natural ingredients used in this baby invention is known to promote healing and soothes dry, sensitive and irritated skin."

World Patent Marketing’s creative baby invention is poised to take a big share off the global diaper rash cream market as well as in general skin care. Both parents and medical experts are excited for the public to try it out and test it on babies as well as adult patients.