Horenstein is well-known as a Martial Artist. He holds World Championship Titles in several disciplines. 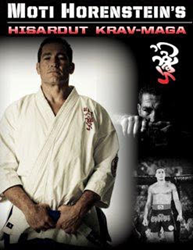 Asked about Horenstein, Scott J. Cooper, CEO and Creative Director of World Patent Marketing replied, “What can I say – the guys is awesome.”

“This is a great opportunity to work with a fast growing company,” said Horenstein. “It’s fast growing companies that have the greatest need. World Patent Marketing is adding personnel at a rapid rate, so their physical spaces have to be addressed and security protocols updated. Plus, the company is now attracting worldwide attention as they have opened additional locations overseas. It will be a challenge to work with such a dynamic company. I’m looking forward to it.”

Asked about Horenstein, Scott J. Cooper, CEO and Creative Director of World Patent Marketing replied, “What can I say – the guys is awesome.”

Horenstein is a former member of the Israel Defense Forces, serving in Special Forces and Commando Units. Horenstein is well-known as a Martial Artist. He holds World Championship Titles in several disciplines. As a child he was a martial arts prodigy in Israel and held three Junior Champion Titles before entering the army in 1983. He became an expert in Krav Maga, a karate discipline developed in Israel. While in the defense forces, he served as an instructor while continuing training under Dennis Hannover, who created Krav Maga.

After Horenstein left the army, he won three Champion Titles in the adult heavyweight division. He also practiced other fighting disciplines including, traditional Oriental styles and modern Mixed Martial Arts.

Horenstein and his colleague, Miki Erez, developed the Hisardut style of Krav Maga. Hisardut means survival in Hebrew. It is taught today as World Hisardut Krav Maga, and covers self-defense training that can be practiced by anyone, from children to the elderly. Students progress through 13 belts and become proficient in hand-to-hand combat, knife defense, gun defense, weapons training and short blades. For exceptional students they offer advanced courses in bo, kama, sai, sword and Israeli Instinctive Shooting. Horenstein runs Hisardut Krav Maga schools in both Florida and New York.
Horenstein was noted in the Guiness Book of World Records in 2008, for “Most Baseball Bats Broken in One Minute.” He split 38 bats and cracking an additional 11.

Horenstein has credits for numerous movies and consults for films. Most recently he appeared as a bodyguard in the 2006 movie, Miami Vice. He also consults and instructs US Military and police forces around the country.

WPM Patents: develops intellectual property strategies, writes and files patent applications with the US Patent and Trademark Office and other patent offices around the world.

WPM Prototyping: works with clients to develop one or more types of prototype, including: appearance, proof of concept, functional model or a production level prototype.

WPM Manufacturing: provides overseas production from all 14 major industrial zones in China, Taiwan and South Korea. Having access to a staff on the ground in China makes all the difference in achieving the best price, quality, and turnaround time.

WPM Capital Ventures: provides seed funding for startups. Seed funding is the earliest stage of venture funding. WPM's goal is to get you through the first phase. This usually means: get you to the point where you’ve built something impressive enough to raise money on a larger scale. Then we can introduce you to later stage investors—or occasionally even acquirers.

WPM Social Media: has created an innovative, specialized approach that we use to power social media marketing for some of the world's best brands. Brands choose us because, as one of the world's most innovative companies, we know how to turn business objectives into realities in creative, strategic and measurable ways.

WPM Retail: Offers shopping online, in person, on mobile devices and with social media. To be successful today, companies need to be able to sell products in as many different ways as possible.

World Patent Marketing launched The New York Inventor Exchange on January 1, 2015. It is the first of its kind marketplace. It will level the playing field for small inventors being bullied out of the manufacturing and mobile app development marketplaces by multi-national corporations with deep pockets. The New York Inventor Exchange diverse markets span inventors, entrepreneurs, manufacturers, engineers, and mobile app developers.

The Cooper Idea Foundation is dedicated to providing funding for special causes around the world. Established by the Cooper Family, the Foundation believes that innovation is vital to the state of the world’s children. Led by Scott Cooper, the Foundation’s goal is to help young people push the boundaries of what’s possible and create a future they want. Our goal is to raise expectations and the hopes and dreams of every child on Earth.On June 9, 2015, The Cooper Idea Foundation and World Patent Marketing Pledged $250,000 to Inventors and Engineers Youth Village and most recently dedicated The Cooper Kindergarten.

The Cooper Idea Foundation has funded an educational video series on YouTube for World Patent Marketing.