World’s Best Weather: 5 Top Spots for a Retirement in the Sun—InternationalLiving.com

A new report from the editors at InternationalLiving.com reveals the good-value countries across the globe offering the best climate for retirees. These five top overseas destinations score highest in the Climate category of International Living’s just-released Annual Global Retirement Index 2021. 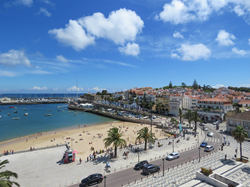 From sunny beaches to humid rainforests, IL’s team looked at every type of region that each country has to offer, preferring those where retirees have some choice—tropical beaches, cooler highlands, even mountains in some spots.

“Scoring a country on its climate is not an easy task, because everyone has their own ideas about what makes for ‘perfect’ weather,” says Jennifer Stevens, Executive Editor, International Living. “For every person that wants the heat of a sunny beach 12 months a year, there’s another that enjoys throwing a sweater on in the evenings and would prefer spring-like weather year-round. That’s why, in IL’s 2021 Annual Global Retirement Index, we’ve awarded our highest climate scores to the destinations that offer a range of options to suit a variety of tastes.”

In looking for the countries with the best climate, International Living’s editors assessed not only the hard data—temperatures, rainfall, and humidity—but also the comfort level of each destination’s climate by talking to the expats and our own correspondents on the ground in each country.

From sunny beaches to humid rainforests, IL’s team looked at every type of region that each country has to offer, preferring those where retirees have some choice—tropical beaches, cooler highlands, even mountains in some spots.

The five countries that scored the highest marks for the Best Climate in the World in International Living's Annual Global Retirement Index 2021 are as follows. Note that this year, three countries tied for the #2 spot.

Overall, because of the country’s varied topography, Mexico has one of the world’s most diverse climate systems.

“Mexico is about three times the size of Texas. And across the country, you’ll find a wide variety of landscapes and climates to go along with it, from steamy jungles to arid deserts to cool mountains to temperate highlands to hot and humid beaches,” says Jason Holland, IL Roving Latin America Editor.

“On the northern shore of the largest lake in Mexico are a string of small towns and villages like Chapala and Ajijic. This is the oldest retirement haven in Mexico and still quite popular, especially with folks who escape winter weather up north.

“For dry heat, head to arid Los Cabos. Further up on the Baja Peninsula you have towns like Rosarito, with a nearly identical climate to that of Southern California."

Ecuador lies right on the equator, so the entire country enjoys 12 hours of direct equatorial daylight, 365 days a year. However, the climate you will experience depends largely on where you are in Ecuador, since there are four distinct geographical areas—the Sierra (mountains), the Oriente (eastern rainforests), La Costa (Pacific coastal plains), and the Galapagos Islands.

For example, Ecuador’s capital, Quito, lies between the Andean Mountains’ eastern and western ridges. The equator is less than 20 miles north of the city, yet at an altitude of 9,250 feet (2,900 meters), Quito’s climate is spring-like year-round: 50 F at night and 69 F during the day. The beaches and rainforests, on the other hand, enjoy the tropical temperatures that one would expect from equatorial lowlands, with highs ranging between 80 F and 90 F.

“The climate is probably the number one reason I moved to Cuenca, Ecuador, and the freedom to enjoy being outside just about any time of the day has provided me time to hike, walk the dog, go shopping, and eat at outdoor restaurants any time I want,” says Donna Stiteler, IL Ecuador Correspondent.

“It’s sweater weather in the morning, by noon you’re walking around in t shirts, and by night you may need a jacket—but the weather here is pretty much in the 50s F in the morning and reaching the high 70s F during the day most of the year.”

With Peru’s diverse landscape of endless mountains, sprawling coastal deserts, and vibrant Amazon jungle covering more than half the country, it is no surprise that there is a climate for everybody. It can suit people looking for year-round sunshine just as well as those who prefer distinct seasons.

On the coast, summer can begin as early as November and last into April or May. Temperatures reach the high 70s F or even low 80s F during the peak summer months (January and February) and rainfall is unheard of. The southern half of the coast is a different story. Although temperatures stay mild throughout the year, Lima can be clouded over for months during the South American winter.

“The best of both worlds is found in the northern colonial city of Trujillo and the nearby surfing village of Huanchaco,” says IL contributor Steve LePoidevin. “Here, the sun shines most of the year.

“Winters can be cooler and cloudier but temperatures rarely drop below 60 F. Even in the heart of the winter, there will be at least a couple of sunny days each week. There is no need for heating or AC. And mosquitos and other flying pests are few and far between. Doors and windows can be left wide open for much of the year.”

In the Andes, climates are reversed. When it is warm and sunny on the coast, the rainy season is invading the mountains. Temperatures are still mild (65 F to 70 F) and the tropical sun’s rays can be very strong at high altitude but nights are chilly. While much of the coast is clouded over from June to August, the mountains are enjoying clear blue skies. But the southern city of Arequipa is a bit of an anomaly. While located on the edge of the Andes, it enjoys over 300 days of sunshine a year.

Colombia is the second most biodiverse country in the world, offering a real variety in climates. This country sits at four degrees north latitude, practically on the equator. As a result, it has an equal 12 hours of daylight and darkness with very little variation during the year. The climate ine ach zone is stable, too, meaning January looks and feels like May or October.

“In some ways I appreciate the consistency of temperatures,” says IL Colombia Correspondent Nancy Kiernan, “it means I don’t have to buy more than one season of clothes. Gone are the days of having boxes and bins of off-season clothes stuffed under my bed or stashed on the top shelves of my closet.”

Warm, tropical weather in the Caribbean coastal cities of Cartagena, Barranquilla, and Santa Marta offers average daytime highs touching 90 F and evening temps in the upper 70s F. Although it can be humid, afternoon and evening sea breezes make being out and about quite delightful. The hot, direct sun during the day can take its toll. Living here expats report their entire wardrobes consist of shorts, bathing suits, t-shirts, and sandals.

With the three ranges of the Andes Mountains running down its spine, Colombia also has areas with a much more temperate climate. Medellín, Colombia’s second largest city and its fastest growing expat haven, sits at 5,000 feet above sea level. The climate at this altitude gives Medellín its nickname “City of Eternal Spring” with daytime highs in the upper 70s F to mid-80s F and evening temps that dip down to the mid-60s F every day of the year. No need to wear anything heavier than a light jacket. Polo shirts, jeans, or khakis are the daily uniform.

“Medellín has been my adopted hometown since 2012,” Kiernan says. “I am thrilled to enjoy the perfect spring-like days sitting on my terraza, sipping tea or a glass of wine, relaxing as the gentle breezes and warm sunlight melt my cares away.”

In the southern part of the country, the Amazonian rainforest occupies 35% of Colombia´s total land mass. The Colombian city of Leticia is located at the crossroads of the countries of Peru, Brazil, and Colombia. With relative humidity averaging 86%, lightweight, cotton or other breathable material clothing is a must, as is a raincoat. While this is not an area of the country where expats tend to live, it is a wonderful place to visit to experience Colombia’s biodiversity.

What Portugal lacks in size it makes up for in its variety of weather that changes with just a short drive.

“When we lived on the outskirts of Caldas da Rainha, on the Silver Coast we merely had to drive 10 minutes to see the change,” says Terry Coles, IL Portugal Correspondent. “While temperatures at our home may have been near 50 F on a winter morning, just 10 minutes down the road, the farmer’s field sparkled a frosty white. And when we drove three hours south to the Algarve, we would trade in the cool 65 F temperature at our house for a balmy 85 F along the coast.”

The coldest part of Portugal is the North Coast, from the Spanish border to the city of Porto. Summer temperatures range from 70 F to mid-80s F, with low humidity and plenty of sunshine. During the fall, temperatures in this area drop into the 50s F and 60s F with some rain showers.

The center of Portugal includes the city of Caldas da Rainha on the Silver Coast to the capital city of Lisbon. Summers tend to stay cool here with daytime highs reaching only into the 70s F to low 80s F. The rain begins in the fall when temperatures drop into the 60s F and 70s F. The rains help to make this region green and lovely. Rolling hills, verdant farmland, and colorful wildflowers cover much of the landscape.

Head south to the Alentejo and Algarve region for the summer heat. The Alentejo is known for its extreme weather—from scorching hot summers to cold, windy winters. The city of Évora typically reaches summer highs of 100 F or more. Then, during the winter, temperatures drop to the mid-40s F with a dry, cool wind blowing across the plains.

Farther south is the famed Algarve region, which boasts of having over 300 days of sunshine per year. Summer temperature are hot and dry with 12 hours or more of sunshine daily. Temperatures range from 80 F to 90s F during the day and cool off into the 70s F at night. During the winter, this is the mildest part of Portugal with cool temperatures dropping only into the 40s F at night then rising in the daytime to the mid-60s F—which explains (at least in part) why it’s such a draw for retirees from colder climates who winter over here.

More details on the top six countries in the Climate category of International Living’s Annual Global Retirement Index 2021 can be found here: 5 Places to Retire to With the World’s Best Climate.

International Living’s complete 2021 Annual Global Retirement Index can be found at: The World's Best Places to Retire in 2021.