Due to unprecedented expansion, the L. Ron Hubbard Presents Writers of the Future Contest has announced Kary English as the new first reader for contest entries. 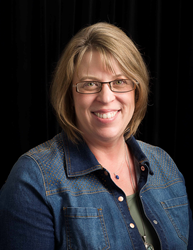 I wanted someone with a great eye for style, someone who understood storytelling well. Kary, as an award-winning author, has proven over and over to have a great eye, but more than that, her strong support for and commitment to helping new authors spoke volumes.

Over its 34 year history, the Contest has recognized 404 winners who have gone on to publish 1,150 novels and 4,450 short stories. Of these, 192 are still active with a writing career—that’s over 40%. Twelve of these Contest winners have gone on to become NYT bestselling authors: Dave Wolverton (aka David Farland), Sean Williams, Jo Beverly, Nancy Farmer, Lisa Smedman, Karen Joy Fowler, Patrick Rothfuss, Tim Myers, Eric Flint, Dean Wesley Smith, Tobias Buckell and Elizabeth Wein. And Contest Winners have garnered 155 major awards. Collectively, the winners of the contests have sold over 60 million books over the years.

And with the last 4 volumes of Writers of the Future hitting national bestseller lists—and each of the winners becoming national bestselling authors and illustrators as a result—contest entries continue to increase each quarter with entries from around the world.

Dave Wolverton, himself a Writers of the Future winner from the 3rd year of the contest, is the Coordinating Judge for the Writer Contest and was asked to help in the selection of a 1st reader to keep pace with the expansion. “Obviously, I've had a number of amazing authors that I've helped mentor over the years, and so when I considered who I might ask to help out as a first reader, I really suffered from an embarrassment of riches. A dozen names almost instantly leapt to mind, but Kary English was right near the top.

He continued, “I wanted someone with a great eye for style, someone who understood storytelling well. Kary, as an award-winning author, has proven over and over to have a great eye, but more than that, her strong support for and commitment to helping new authors spoke volumes.

We found someone who cares deeply about new authors, who will help nurture them, and who understands the artistry that is inherent in great storytelling.”

Kary is a Writers of the Future winner whose work has been nominated for the Hugo and Campbell awards. She grew up in the snowy Midwest where she read book after book in a warm corner behind a recliner chair. Today, Kary still spends most of her time with her head in the clouds and her nose in a book. Kary's fiction has appeared in Galaxy's Edge, The Grantville Gazette, Daily Science Fiction, Far Fetched Fables, the Hugo-winning podcast StarShipSofa, and Writers of the Future, Vol. 31.

When approached with the offer to be first reader, Kary said, “I was in high school when I first learned about Writers and Illustrators of the Future. My head was full of dragons and starships, and here was this contest that I could enter and possibly win. The contest has grown so much since then, thousands of entries every quarter, and from countries all over the world. I am delighted to join the contest as first reader so that I can play a small part in discovering and encouraging the writers of tomorrow just as the contest discovered and encouraged me.”

About The Contests:
Following the 1982 release of his internationally acclaimed bestselling science fiction novel, “Battlefield Earth,” written in celebration of 50 years as a professional writer, L. Ron Hubbard created the Writers of the Future Contest (http://www.writersofthefuture.com) in 1983 to provide a means for aspiring writers of speculative fiction to get that much-needed break. Due to the success of the Writing Contest, the companion Illustrators of the Future Contest was created in 1988.

The Writers of the Future Award is the genre’s most prestigious award of its kind and has now become the largest, most successful and demonstrably most influential vehicle for budding creative talent in the world of contemporary fiction. Since its inception, the Writers and Illustrators of the Future contests have produced 34 anthology volumes and awarded upwards of $1 million in cash prizes and royalties. For more information please visit http://www.writersofthefuture.com and http://www.galaxypress.com