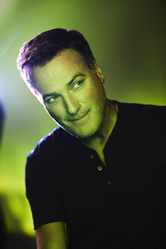 For the 11th consecutive year, musical artistry and inspired worship will converge at the NAMM Night of Worship, presented by Yamaha.

For the first time ever at NAMM, Night of Worship will feature the number-one artist in contemporary worship music, three-time GRAMMY® award winner Michael W. Smith, in a celebration of a career spanning 35 years and counting. This uplifting event will be presented by Yamaha and sponsored by Worship Musician magazine and Christian Copyright Licensing International (CCLI) and will take place in the Pacific Ballroom of the Hilton Anaheim on Thursday, January 16 at 7 p.m. during the 2020 NAMM Show in Anaheim. The entire event will also be streamed live over the web.

Smith, a West Virginia native who wrote his first song at the age of five, began his musical work in Nashville as a songwriter and performer with local bands, quickly rising to become touring keyboardist with Christian music superstar Amy Grant, and eventually Grant’s opening act in 1983. In that same year he released his debut album, and a follow-up album a year later, Michael W. Smith 2, which earned him his first GRAMMY for Best Gospel Performance.

Since then, Smith has grown into a multi-platinum artist and bestselling author with 35 number-one singles and sold more than 15 million albums while accumulating numerous accolades, including three GRAMMY Awards, 45 Dove Awards, an American Music Award and, most recently, induction into the Gospel Music Hall of Fame. He won his second GRAMMY in 1995 for I’ll Lead You Home and a third in 2002 for Worship Again. In 1999 he became the first Christian artist to be honored with the ASCAP Golden Note Award for lifetime achievement in songwriting.

“Having Michael W. Smith take the stage at this event is a monumental first, for both Night of Worship and the NAMM Show in general,” said seven-time Emmy award-winning producer Chris Gero, chief artist relations executive, Yamaha Artist Relations Group/Yamaha Entertainment Group. “An artist of Michael’s caliber, standing and achievement makes this year’s Night of Worship concert a singular event and a can’t-miss for any follower of worship music.”

NAMM Night of Worship is the crown jewel of a wide array of technical, musical and artistic offerings at NAMM geared toward the unique needs of houses of worship. Participants interested in attending the Night of Worship must have a NAMM badge, but can register at namm.org/attend using the promo code HOW2020 to get a badge for only $25 — a 50-percent discount. The NAMM badge also provides access to all four days of the NAMM show and to the Yamaha “All-Star Concert on the Grand” at NAMM 2020 on Friday, January 17.

Details on how to access the livestream of NAMM Night of Worship will be emailed to attendees upon registration.