McClain recognized for her service on the board of Crane Co., a publicly traded company. 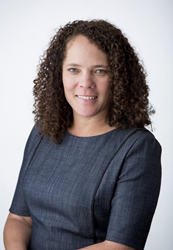 “I’m honored to be on WomenInc. Magazine’s list, and excited that women serving on public boards are being recognized for their work,” said Ellen McClain, Chief Financial Officer at Year Up.

Year Up, a nonprofit organization dedicated to closing the Opportunity Divide for young adults across the United States, announced today that its Chief Financial Officer (CFO), Ellen McClain, has been named as one of WomenInc. Magazine’s 2019 Most Influential Corporate Directors.

McClain was recognized for her role as an independent director at Crane Co., a diversified manufacturer of highly engineered industrial products. McClain joined the board in 2013 and currently serves on the Audit and Compensation committees.

“Ellen’s expertise in strong corporate governance and financial management, paired with a deep commitment to diversity, equity, and inclusion, makes her an extraordinary leader and CFO,” said Gerald Chertavian, Year Up’s Founder and CEO. “She has made Year Up a stronger organization while providing guidance and support to the next generation of diverse business leaders, and we are thrilled to have her accomplishments recognized by WomenInc.”

McClain joined Year Up as CFO in 2015 after gaining extensive professional management experience as CFO and COO at organizations including the New York Racing Association and Hearst-Argyle Television Inc.

“I’m honored to be on WomenInc. Magazine’s list, and excited that women serving on public boards are being recognized for their work,” said McClain. “More and more business leaders are recognizing the value of a diverse workforce, but still face challenges in creating space for people of different races, genders, sexual orientations and backgrounds. Partnering with organizations like Year Up is one effective solution; having more inclusive boards is another.”

Year Up is a free yearlong program that prepares students (ages 18-24, without college degrees) for meaningful-wage careers in business and IT. Students spend six months learning in-demand technical and professional skills, followed by a six-month internship at one of more than 250 corporate partner firms, including AT&T and JPMorgan Chase. Nationwide, 90% of Year Up graduates are employed or attending college within four months of completing the program, with average starting salaries of $40,000/year.

McClain earned a B.A. in Economics from Brown University in 1986 and a Master in Business Administration degree from Harvard University in 1993. A native of suburban Boston, she resides in New York City with her husband and two children.

About Year Up
Year Up is an award-winning, national 501(c)3 organization that enables motivated young adults ages 18-24 to move from minimum wage to meaningful careers in just one year by providing the skills, experience, and support they need to reach their full potential.Through a one-year, intensive program, Year Up utilizes a high-expectations, high-support model that combines marketable job skills, stipends, coursework eligible for college credit, and corporate internships at more than 250 top companies. Its holistic approach focuses on students' professional and personal development to enable young adults with a viable path to economic self-sufficiency and meaningful careers. Year Up has served more than 26,000 young adults since its founding in 2000, and will serve more than 4,700 young adults in 2019 across 25 U.S. cities including Arizona, Baltimore, Bay Area, Charlotte, Chicago, Dallas/Fort Worth, Greater Atlanta, Greater Boston, Greater Philadelphia, Jacksonville, Los Angeles, the National Capital Region, New York City/Jersey City, Puget Sound, Rhode Island, South Florida, Tampa Bay, and Wilmington. Year Up has been voted one of the “Best Non-Profits to Work For” by The NonProfit Times for eight consecutive years, and rated a 4-star charity by CharityNavigator for twelve consecutive years, placing them in the top 1% of tracked organizations.

About WomenInc. Magazine
WomenInc. Magazine is a cultural catalyst for professional women—a media platform that showcases and drives positive dialogue on and about women. With its unique mix of stunning photography from major events, in-depth reporting, and social commentary, WomenInc. accelerates ideas and images to center stage. WomenInc. is an unrivaled media event that reaches the progressive, modern and sophisticated female consumer who demands the best in news coverage and that their voice is heard.