Reopening of Yosemite National Park is Welcome News to Travelers 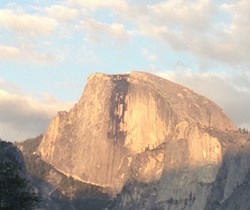 2014 should be a great year for photographers, nature lovers, and all other visitors to return to our park during its 150th anniversary celebration.

Yosemite National Park is open. The United States Congress has reached an agreement to reopen the government including all national parks. Yosemite has been closed since October 1st, and the removal of barricades throughout Yosemite Valley will be welcomed by visitors from San Francisco to Shanghai. Local residents and business owners who have been severely impacted by the unpopular decision to shut down the government are looking to make up for lost time as warm temperatures are forecast for the coming week that should attract more visitors to the park. John P. DeGrazio owns YExplore Yosemite Adventures and is looking forward to fielding calls for last minute reservations. "We take great pride in our ability to accommodate visitors looking for custom experiences in Yosemite on short notice. A lot of our business has a very short lead time so we are hopeful to receive some last minute bookings from people looking to take advantage of this beautiful fall weather we are enjoying."

California small towns like Groveland, Sonora, Mariposa, and Oakhurst were hit hardest by the Rim Fire from late August through September. Just as air quality conditions improved and roads to Yosemite reopened, the second hammer dropped on businesses who were looking to recover. "I've never seen a year like 2013," DeGrazio continues. "The hardships our communities have faced seem unprecedented. We are hopeful we can attract guests to our local hotels, lodges, B and Bs, hostels, restaurants, and coffee shops while the weather remains favorable so we can attempt to salvage a small recovery. The Tioga Pass remains open, and there are so many opportunities to also visit our friends on the East side of the Sierra in Mono and Inyo Counties who have also been affected by this unfortunate series of events."

Rather than lament the losses, DeGrazio likes to point to many positive developments and reminds vacationers that Yosemite is open all year. "Yosemite in winter is a magical time of year with ample opportunities for activities. We offer guided naturalist snowshoe hikes, and our winter landscape Yosemite photography classes allow visitors to photograph the towering icons beneath dramatic skies." Skiing options are also available at Badger Pass and free shuttle buses are offered for those staying in Yosemite Valley lodging facilities. DeGrazio continues, "other events of note are workshops to photograph the natural firefall effect of Horsetail Fall in February, the return of Yosemite Falls, our Twin Valleys Waterfall Workshops, and the anticipated wildflower display throughout Hetch Hetchy and other areas in the northwest section of Yosemite during spring and summer. 2014 should be a great year for photographers, nature lovers, and all other visitors to return to our park during its 150th anniversary celebration."

The small business owner's exuberance was somewhat tempered when he reflected on the missed opportunities of 2013 that were not naturally caused, however. "It's unfortunate that we suffered these losses on the heels of the Rim Fire" he states. "I believe Tom McClintock has done our district a disservice by grossly misrepresenting his constituency in the faction of his party's decision to shut down the government," continues DeGrazio who considers himself to be politically independent. The Sonora resident actively shared his story during the shutdown through several channels including traditional and social media to raise awareness for the plight of small businesses in the Yosemite region. "I would like to shift my focus away from politics and direct positive energy toward rebuilding our small businesses in this area since we were already severely impacted by this summer's Rim Fire." He proceeded, "But it would be lamentable to forget that we were ignored by the one man who was trusted to represent our region. When the next election comes in 2014, it will be our patriotic duty to find a new candidate more representative of our region, our values, and our economic prosperity."

For now, DeGrazio and so many others are just happy to return to work after being forced to cancel several tours in the previous 2 months. When asked of his plans for October 17th, he naturally responded "I'll be hiking on a trail somewhere in Yosemite, and it will be great to be back."

Founded in 2006, YExplore Yosemite Adventures is the only Yosemite Tour Company that offers custom guided Yosemite experiences (Adventure Hikes, Half Dome Hikes, Multi Day Backpack Trips, Nature Walks, Birding Walks, Wildflower Walks, Snowshoe Hikes and Photography Workshops) 12 months a year. Their mission is to encourage park visitors to connect with the natural world of Yosemite through outdoor experiences that deliver unique photographic opportunities and lasting memories. YExplore is a socially responsible company providing educational services that follow Leave No Trace principles to minimize their impact in nature to ensure that the ecology of the park will not be compromised. John DeGrazio is the company's founder and continues to lead Yosemite trips with visitors from across the globe.