VPN Master, a leader in online software, recently unveiled their new, no-cost YouTube downloader, which is reportedly the fastest ever released 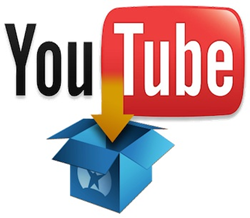 Our video conversion is very fast, and it works with all video sizes

YouTube downloader program was released by the software and VPN (Virtual Private Network) company VPN Master. According to the company, the new downloader software is the fastest ever released. Additionally, the company is sharing this software with the public at no cost.

“Our new YouTube downloader is remarkably fast and efficient,” said the company’s spokesperson. “We have created a tool that will allow our users to download YouTube videos faster than ever before, and the best is that it is free.”

VPN Master’s Youtube Downloader allows the downloading of videos from YouTube, and users can determine at what resolution, including 1080HD, 720HD and 480p.

The software also comes with a video-conversion feature, which allows downloaded videos to be converted to several other video formats, including MPG, MP4, WMV, MOV and more.

“Our video conversion is very fast, and it works with all video sizes,” said the company’s spokesperson. “YouTube Downloader also allows extracting audio from videos, so users can easily save the audio as MP3 format.”

The company does not have any usage limitations on the software, said the company’s spokesperson.

User reviews show that people are highly recommending the software, saying that is easy to use and very fast.

In less than a month, the software has been downloaded nearly 100 times from download.com, which is powered by C-NET, the consumer technology breakthrough website.

VPN Master is a U.S.-based company with that started in 2005. It started by providing proxy services. The company's proxy brand, Proxylord, became the premier proxy service soon after it was launched. The company started offering VPN services in 2008. The company has locations in the U.S., UK, Canada and Germany.

VPN Master, a software company that is based in Delaware develops innovative Windows software and recently released its YouTube Downloader. For more information, please visit http://download.cnet.com/Youtube-Downloader/3000-2071_4-76174304.html