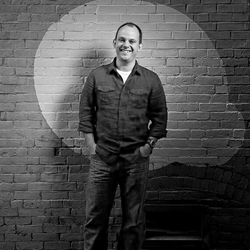 "Andres needs no introduction to the game industry and community. We are incredibly excited and honored to be able to benefit from his talent and experience." - John Fanning, Jr.

Mr. Gonzalez brings his ability to synthesize a bold creative vision and expert technical solutions that have been instrumental in the success of numerous multi-platform AAA game titles. At Irrational Games, Mr. Gonzalez was Lead Designer on BioShock Infinite DLC Burial at Sea and Lead Combat Designer on Bioshock Infinite, which received critical acclaim and numerous awards. At the 17th Annual D.I.C.E Awards, Bioshock Infinite was nominated for six awards and won Action Game of the Year. It was awarded "Best Shooter" by VGX and Metacritic, a video game review aggregator, rated BioShock Infinite a 94 out of 100 indicating "Universal Acclaim" and "Must Play" status. Mr. Gonzalez also contributed to titles such as Saints Row: The Third and Red Faction: Guerrilla.

Mr. Gonzalez holds a Masters of Interactive Technology: Digital Game Development from The Guildhall at Southern Methodist University and a Bachelor of Science in Computer Engineering from Simon Bolivar University.

Zelgor Games' Founder and CEO, John Fanning, Jr., stated, "Andres needs no introduction to the game industry and community. We are incredibly excited and honored to be able to benefit from his talent and experience. He is a great addition to our growing team, and we will lean on his wealth of experience and insight. Everyone at the company is proud to welcome him on board the Zelgor mothership."

About Zelgor Games:
Zelgor Games is building mobile games that enable Noobs to control the Universe! Whether it's utilizing cutting edge location technology, or making sleek and straightforward hyper-casual games, Zelgor Games aims to create an entire galaxy of interconnected games and content.

To learn more about Zelgor Games, visit Zelgor on Netcapital.