Zoltan Istvan, a Leader in Science and Technology, Will Run for US President and Challenge Trump in the 2020 Republican Primaries

Zoltan Gyurko Istvan, a thought leader in radical science and technology advocacy, is running for president of the United States in the 2020 elections. He will be challenging President Trump as a Republican. Istvan has already qualified for the New Hampshire primary ballot and is expected to launch formally on November 19, 2019. 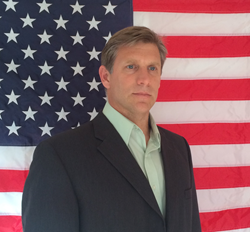 Born in California, Istvan is a former journalist for National Geographic and has recently penned articles for The New York Times opinion section. In 2013, Istvan published his novel The Transhumanist Wager, which became a #1 Philosophy and Science Fiction bestseller on Amazon. The book has been compared more than 1,000 times to Ayn Rand’s Atlas Shrugged. Istvan’s most recent book of political essays titled Upgrading America was a #1 bestseller in Politics on Amazon.

Istvan has become known around the world for spearheading the multi-million person transhumanism movement, which aims to upgrade the human body with science and technology. The #1 goal of transhumanism is to overcome biological death. While still outside the political mainstream, the world’s largest companies such as Apple, Google, and Microsoft are key innovators in the transhumanist movement.

Istvan has consulted for the U.S. Navy and given speeches at conferences around the world, including for institutions such as the World Bank and the World Economic Forum. Istvan has traveled to over 100 countries and is a former director of a major wildlife organization, WildAid. He has a degree from Columbia University in Philosophy and Religion. A successful entrepreneur with multiple businesses, Istvan lives in the San Francisco Bay Area with his physician wife and two young daughters.

Istvan’s 20-point political platform, available on his campaign website http://www.zoltan2020.com, advances ideas that so far have been absent in the Republican primaries. Although his years as a businessman have made him fiscally conservative, Istvan supports a Universal Basic Income that is based off monetizing government resources, called a Federal Land Dividend. He proposes ending the war on drugs, making public preschool and college both free and mandatory, and licensing parents to make sure they are ready to raise children. He supports artificial wombs as a third option in the pro-life vs pro-choice debate, and would like to cut the military budget in order to create a “science industrial complex” in America. He aims to fight climate change with geo-engineering and end the IRS with a straightforward national sales tax. He favors nearly-open borders, tort reform, deregulation, banning private prisons, and using AI-operated drones and robots to stop mass shootings in public places and schools.

Istvan is also worried that China is beating America on the technological front in areas such as artificial intelligence, genetic editing, and neural prosthetic development. As president, he promises to get America innovating again, because once the Chinese take a lead in innovation, the United States may never get it back.

Pratik Chougule, Istvan’s campaign manager, says that Istvan is “running as a new type of Republican politician.” He expects Istvan’s “bold ideas about the country’s future will resonate with a wide cross-section of Americans.”