ZTILO Stands Face To Face With Heartbreak on “Missing You”

New Music Video for "Missing You" Out Now! 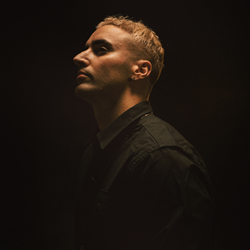 Bay Area artist ZTILO has released a music video for his new single “Missing You”. The singer, who began his career in the early 2010s rapping under the moniker ‘Cristiles’, has returned to music with a more R&B-inspired sound. Ztilo plans to release a diverse collection of new material this year, much of which will showcase his Latin roots and passion for the music of the culture. “Missing You” is complimented by an accompanying music video, which sees the singer star alongside actress Victoria Baldesarra of the Canadian teen drama series ‘The Next Step’ for this ‘love gone wrong’ track.

“Missing You” is preceded by past singles “No Disrespect” and “Better Than Me”, which were released earlier this year.

Watch the video for “Missing You” here.

Speaking about the emotions behind the song and filming the music video for “Missing You”, Ztilo shares:

“(‘Missing You’) can be interpreted as being about an ex-lover that is hard to move on from, or a casual encounter that went too far. Either way, conveying the emotion that was produced, written, and delivered in the song through this video was crucial.” He adds, “I was able to follow the lead of director James Bahman’s passion on set and Victoria Baldessara’s acting performance. Although I was in new and unfamiliar territory, I felt right at home as soon as the cameras started recording.”

About Ztilo:
Bay Area artist Ztilo has re-emerged on the music scene with a new title and an evolved sound. Originally going by the moniker of ‘Cristiles’ during his early hip-hop career, the San Jose product returned as Ztilo after taking a hiatus in 2017. Fans who remember his infectious, breakout hit “Good Times” will hear a different side of the performer on his new material, while still feeling an instant connection with the raw passion and bravado that has always been present. A Latin artist who draws inspiration from many of the great R&B singers of the modern era, this second act will go to further prove that Ztilo is anything but a one-trick act.