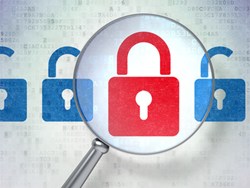 Many online gamers face obstacles that would be swiftly removed if they could change their IP address.

idcloak’s latest release is a live database of all known public SOCKS5 proxies around the globe. The SOCKS5 proxy list will be of especial interest to online gamers who face IP-based problems such as site censorship or georestrictions.

“Many online gamers face obstacles that would be swiftly removed if they could change their IP address,” says idcloak’s web researcher, Robin Welles. “As an example, one long distance lorry driver recently complained on the forum of one of the biggest online games that the company’s security systems were set off each time he accessed the game from a new city. His new IP address made the systems believe he was an imposter trying to break into his account. But by connecting through the same SOCKS proxy, no such problems would be encountered.”

The SOCKS proxy list also gives access to games that are blocked on the user’s connection. “Some major online games are blocked in certain countries, not to mention on local networks” says Welles. “SOCKS proxies and VPNs are the only way these players can get access to the game servers.”

The release of the public SOCKS proxy list comes just weeks before the launch of the idcloak personal VPN – a more powerful and secure software-driven technology. Asked how the VPN will improve on the service already offered by the SOCKS5 list, Welles had this to say, “SOCKS is great for anonymity but does not offer encryption. This means it is only effective in some censorship situations, not all. Additionally, SOCKS needs to be configured for individual programs, which requires a lot of effort to change proxy server; but because a VPN works on the network level, everything a device sends and receives goes through the VPN servers and one change affects all programs. VPN technology is a big jump up in many ways.”

To learn more about the differences between SOCKS and VPNs, Welles recommends the article: SOCKS PROXY or VPN?

idcloak Technologies is a developer of proxy solutions to everyday security and privacy needs online. See idcloak.com for more.