SubscriberWise board member and MCTV president is among many outspoken industry leaders calling for reform. New YouTube video offers subscribers an explanation for the sharp increases. 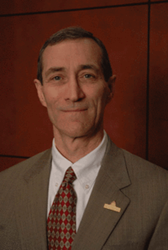 Tom Wheeler, the FCC Chairman, recently noted that the cost of carrying local broadcast TV stations has skyrocketed from $28 million in 2005 to $2.4 billion in 2012, an 8,600 percent increase.

SubscriberWise®, the nation’s largest issuing consumer reporting agency for the communications industry and the leading provider of analytics-driven subscriber risk management technology, announced today that Robert Gessner, president of MCTV and board member for SubscriberWise, has released a video explaining an unusual mid-year rate increase that flows directly from dramatic programming increases charged by the dominate networks including ESPN, Fox Sports, Viacom, and others.

"For the first time in the history of the cable industry, cable TV companies are dropping networks owned by a large content company. More than two dozen cable companies representing almost a million TV homes recently stopped carrying all of the networks from Viacom, the owner of Nickelodeon, MTV, Comedy Central, Spike and a dozen other channels.

Viacom demanded such a large increase in monthly fees that the cable companies decided to stop carrying those channels. That is a big deal because it has never happened before," explained Gessner.

For up-to-date news and information about what is happening in the TV world, consumers are encouraged to visit TV On My Side.

A link to the YouTube video is available here: http://youtu.be/33dHMAkoPjs .

MCTV “goes the extra smile” for its customers, adding high-touch service to high-tech telecommunications. Since 1965, MCTV’s 160 local employees have been serving their neighbors with a full complement of advanced broadband products including High-Speed Internet, Digital TV, residential and commercial phone, television advertising, dedicated fiber optic connections and security systems. More than 47,000 homes and businesses in Stark, Wayne, Summit, Holmes and Tuscarawas Counties rely on MCTV for their telecommunications needs.

SubscriberWise® was founded at MCTV and launched as the first U.S. issuing consumer reporting agency exclusively for the cable industry in 2006. In 2009, SubscriberWise and TransUnion announced a joint marketing agreement for the benefit of America’s independent cable operators. Today SubscriberWise is a risk management preferred-solutions provider for the National Cable Television Cooperative.