The Splendors and Miseries of Workaholics: PsychTests’ Study Reveals The Unexpected Downside of Being A Workaholic

Recent study by PsychTests.com indicates that being a workaholic has significant social and physical disadvantages that will override any potential career benefits. 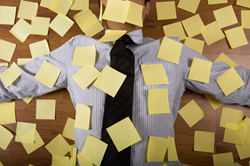 While the tasks and projects may seem never-ending, a workaholic’s mental and physical “stamina” will reach their limits.

The stress and constant pressure to perform well in absolutely everything results in a build-up of fatigue, resentment and frustration.

There are some ’strengths‘ that sound like they’re an asset, but in reality, should raise a red flag when brought up in a job interview. These include “I’m a perfectionist,” or “I can multi-task.” Researchers at PsychTests recommended adding one more to the list: “I’m a workaholic.”

Having collected data from 1,385 people who took their Type A Personality Test, researchers at PsychTests focused their attention on self-proclaimed workaholics. Although a seemingly admirable trait, being a workaholic poses several disadvantages according to PsychTests’ latest study.

When a job candidate proudly professes that he or she is a “workaholic,” there is much more to this response than employers may realize. On the one hand, workaholics are dedicated, determined, and get things done. Unfortunately, they’re also more likely to find that their social life as well as their mental and physical health suffers as a result.

Reading these statistics, some employers might think: “So what’s the problem? This is exactly the kind of person I want working for my company.”

Workaholism has a downside, and it happens to outweigh the pros:

“It’s important that we make something clear: working overtime or taking work home is fine every once in a while. The problem lies with those who do this on a consistent basis,” explains Dr. Jerabek, president of PsychTests. “So if you’re a workaholic and proud of it, you may very well break records and end up as Employee of the Month. What is more likely, however, is that you will continue to neglect your family and friends, and your support network will shrink. Workaholics have neither the time nor the patience for hobbies and relaxation. They don’t have time to spend in nature, no time to play, no time to let their hair down and just have fun. Their mind is always racing, and they consider sleep to be a waste of time. If they do exercise, they approach it as yet another task.”

The result? The stress and constant pressure to perform well in absolutely everything results in a build-up of fatigue, resentment and frustration. Workaholics’ adrenaline-fueled creativity runs dry, since they are just too sleep-deprived. They start snapping at their coworkers. They take it out on their direct reports. People hate working with them or for them. They fail to deliver on time because there are simply not enough hours in the day to cater to their overbooked schedule.

At some point, the workaholic’s mind and body will say “That’s enough.” This could mean ending up on sick leave from a massive burnout, or other stress-related health problems. This leaves both the employee and the company at a serious disadvantage. Nobody wins.

“Top performers are well-rounded hard workers who have a life outside of work and who come in rested," concludes Dr. Jerabek. "So the next time you hear a candidate claim that their biggest strength is that they work so darn hard, do a double-take. If it’s true, consider it a liability. And if they are trying to pull your leg by presenting a ‘strength’ as a weakness, it may be a sign of things to come. Either way, you would be better off finding a candidate who works hard but keeps his life in balance.”

Want to assess whether you’re a Type A? Go to http://testyourself.psychtests.com/testid/2141

Professional users of this assessment (therapists, life coaches and counselors) can request a free demo of the Type A Personality Test or any other assessments from ARCH Profile’s extensive battery: http://hrtests.archprofile.com/testdrive_gen_1