The Evansville Metropolitan Region’s Millennial Plan for 2040 was recognized as one of the nation’s 16 best transportation planning practices as part of the Federal Highway Administration and Federal Transit Administration’s Transportation Planning Excellence Awards Program. The plan provides guidance for sustainable development in the region and was a foundational resource for the region’s application submittal for the Indiana Economic Development Corporation Regional Cities Initiative. 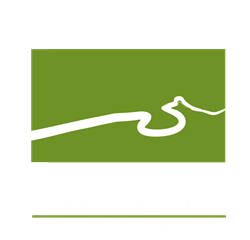 Sustainable development practices must become the new normal for the Midwest, we are excited to have a plan that will help lead us in the effort for years to come.

The Evansville/Henderson regional Millennial Plan for 2040 was recently recognized by the Federal Highway Administration (FHWA) and Federal Transit Administration (FTA) as one of eight plans receiving honorable mention recognition under its biennial Transportation Planning Excellence Awards Program (TPEA). The TPEA recognizes outstanding transportation planning practices in communities across the country. The plan was developed by Lochmueller Group, under the auspices of the Evansville Metropolitan Planning Organization (EMPO) and a coalition of 21 local partners, known as the Sustainable Evansville Area Coalition (SEAC). Funded by a $1.4 million grant from the US Housing & Urban Development, the goal of the plan is to promote sustainable community development.

Like many medium-sized urban areas, the Evansville/Henderson region has experienced “leapfrog development,” with fragmented construction over a wide area that poses challenges to infrastructure planning, public finance, and environmentally-sensible development. Unlike most plans that address a specific city or neighborhood, the Millennial Plan covers the urban cores of Evansville, Indiana and Henderson, Kentucky, along with adjoining urban, neighborhood, suburban, and rural land uses spanning over 1,000 square miles in Vanderburgh, Warrick and Henderson counties.

This allowed planners to define the cost of sprawl where rural, undeveloped land is plentiful. Only by taking a regional approach and quantifying the cost of random development, can communities develop appropriate policies and incentives to pursue cost-effective development.

Within this large area, prototypical neighborhoods were identified and methodologies developed to determine the cost and impact of growth under different development scenarios. The prototypes were developed with extensive citizen input, as well as detailed computer modeling of both the transportation network and land use. The prototypical plans also provide examples that other neighborhoods can learn from to develop their own plans within the broader regional initiatives.

“As the transportation planning organization for the Evansville/Henderson region, our organization understands the close interconnection between land use and transportation planning,” said Seyed Shokouhzadeh, Executive Director of the Evansville MPO. “Sustainable development practices must become the new normal for the Midwest, we are excited to have a plan that will help lead us in the effort for years to come.”

At five volumes, the plan sets forth dozens of initiatives many of which are now either underway or incorporated into the Regional Cities Initiative application which was submitted to the Indiana Economic Development Corporation (IEDC) on August 31. The Indiana Regional Cities Initiative sets the framework for neighboring communities across the state to work together to develop vision and action plans for quality of place initiatives, with plans for nearly $1 billion in joint private and public investment over the next five to eight years. The IEDC is tasked with reviewing regional proposals and awarding matching funds in order to facilitate significant and meaningful investment in the region.

"The completion of the Millennial Plan came at just the right time as we moved into developing our Regional Cities strategy," said Greg Wathen, President & CEO of the Economic Development Coalition of Southwest Indiana. “It was a basis for our planning process and helped us lay a strong foundation for the future of the region.”