The FSH Society takes a look back at a quarter century of education, fundraising, research and community building for individuals with FSHD. 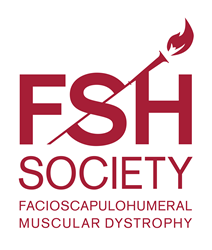 Today, The FSH Society is celebrating its 25th anniversary. For a quarter century, the FSH Society, a nonprofit, patient-driven organization that supports research and education, has helped individuals with facioscapulohumeral muscular dystrophy (FSHD) and their families educate the general public, fundraise for research to find a cure and has fostered community support.

Founded in 1991 by Stephen Jacobsen and Daniel Perez, two individuals with FSHD, the Society has grown to be the world’s largest and most progressive grassroots network for those with FSHD, their loved ones, clinicians, and researchers who are dedicating their work to FSHD.

Since its inception, the Society has established and has funded more than $6.85 million in research grants, which have been leveraged to over $94 million in funding from the National Institutes of Health. Its efforts have resulted in many accomplishments, including the discovery of the genetic causes of FSHD.

Most recently in 2015, The Society received its eighth-straight four-star rating from Charity Navigator.

“I am overwhelmed with joy, pride and humility to be celebrating the 25th Anniversary of something Stephen and I started as a way to focus resources on understanding FSHD and ultimately finding treatments,” said Daniel Perez, co-founder President and CEO of the FSH Society. “Together our Boards, Scientific Advisors, staff, patients and individuals who support us, and those that work with us have accomplished an unprecedented amount of progress in the past 25 years. It is no small feat how fast we’ve advanced and I look forward to a day in the not too distant future where we gain a complete and clear understanding of how FSHD works and can then treat and ameliorate the disease.” said Perez.

The FSH Society also hopes that 2016 will be a standout year for fundraising and funding research, with a fundraising goal of over $2.3 million and plans to fund nearly $1 million in new research grants. To help the FSH Society reach its goals, donate here.

FSHD, one of the most prevalent forms of muscular dystrophy, is a degenerative muscle disease that causes progressive weakness, usually starting with the face, shoulder, arms, legs and torso, but may affect almost any skeletal muscle in the body. FSHD affects approximately 870,000 people and there is no treatment or cure, yet. Approximately one-quarter to one-third of patients end up in wheelchairs.

About the FSH Society: The FSH Society is a world leader in combating muscular dystrophy. The non-profit has provided millions of dollars in seed grants to pioneering research worldwide, creating an international collaborative network of patients and researchers. The FSH Society seeks to serve as a source of information and support for all patients and families with FSHD; act as a driving force in the development of research directed towards treatments and ultimately a cure; and bring support to patients and research for FSHD through effective engagement of governmental and private sector organizations and entities. For eight consecutive years, the Society has received the Charity Navigator’s four-star rating, the highest distinction held by less than four percent of non-profit organizations in the country. The FSH Society offers a community of support, news and information for FSHD patients and families through its website at http://www.fshsociety.org. For more information about FSHD, please contact the Society at 781-301-6649.