A leading Chicago law firm takes productivity to the next level 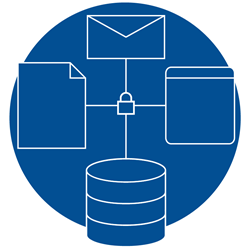 Altenbach added that the smoothness of the implementation could be credited to good project management by both Kraft Kennedy and Chuhak & Tecson, as well as to a savvy technical team.

Chuhak & Tecson, P.C. has elevated its document management system (DMS)—all the way to the cloud. Aiming for tight security and futuristic functionality the Chicago-based law firm, in partnership with the consulting firm Kraft Kennedy, has implemented NetDocuments in each of its locations, including those in New York and New Jersey.

Initially, when the firm’s DMS was due for an upgrade, management considered a different route. Judging the system to be adequate at best, they were looking for modern productivity features, up-to-date security and a user-friendly interface that would simplify processes for attorneys and staff.

Chuhak & Tecson had a choice to make. They could continue as before or opt for a software-as-a-service (SaaS) platform where the data would be hosted offsite. The firm decided on the latter, choosing NetDocuments, and then engaged IT consulting firm Kraft Kennedy, which specializes in legal technology, to assist with the implementation.

The constant gradual improvements offered by the NetDocuments SaaS model appealed to the tech-savvy law firm, according to Chief Information Officer Charlie Altenbach. The existing system required an intensive upgrade every few years to introduce new features. Up-to-date productivity tools were important to the firm with security the utmost concern.
“Security is front and center with everything we do,” said Altenbach. “We wanted the data to be encrypted both in transit and at rest.”

Data at rest (that is, in storage rather than in the process of being sent) is often left unencrypted due to the cost and complexity of encrypting non-hosted data, according to a white paper on client security audits authored by NetDocuments Chief Technology Officer Alvin Tedjamulia and Kraft Kennedy’s General Counsel Michael Kraft. NetDocuments’ hosted model makes it possible to thoroughly encrypt the sensitive data end-to-end.

Experts often describe enterprise security as a balance between security and convenience. With a mobile version and single sign-on, Chuhak & Tecson is finding that it doesn’t have to sacrifice user-friendliness.

The response to the new system has been enthusiastic, according to Altenbach, and the firm is seeing the benefits of NetDocuments’ productivity and coloration tools.
“We are filing emails with NetDocuments now,” said Altenbach. “Email management was one of the main objectives of the project and that is now paying dividends.”

Ironically, many law firms historically avoided cloud systems due to security concerns. It might seem safer, understandably, to know that your data is in the server room down the hall from your office. In reality, today it is difficult if not impossible for on-premise installations to beat the security that a vendor like NetDocuments can supply—and it would be costly to try. In addition to encryption, NetDocuments restricts access based on Internet Protocol address, logs audit trails and enforces two-factor authentication and strong passwords. Chuhak & Tecson’s management team was also aware that availability, another doubt that the IT world had about the cloud, is higher with hosted solutions.

“The implementation was pretty seamless,” said Altenbach. “That’s remarkable considering the complexity, the number of documents that had to be migrated and the coordination involved.”

Altenbach added that the smoothness of the implementation could be credited to good project management by both Kraft Kennedy and Chuhak & Tecson, as well as to a savvy technical team.

“The engineers at Kraft Kennedy are clearly knowledgeable. The expertise they brought to the table was vital to the project’s success,” said Altenbach. “Our attorneys and staff were able to come into the office and work without any disruption on the Monday following our migration, which was very impressive.”

That knowledge comes from experience. Kraft Kennedy has many NetDocuments implementations under its belt, including its own in 2016.

“We learned from our own experience,” said Brian Podolsky, leader of NetDocments’ certified Enterprise Content Management Group. “Since our own migration last year, we have streamlined the process, making sure that all documents are migrated properly and attorneys can really hit the ground running.”

“The cutover was positioned very well, with a lot of front-end planning,” said Altenbach. “And, because of that, we received a lot of praise internally about how smoothly the project went.

About Kraft Kennedy, Inc.
Since its inception in 1988, Kraft Kennedy has been a trusted consulting partner to law firms worldwide. Clients range from some of the largest organizations in the world to small boutique firms to corporate legal departments. Kraft Kennedy combines an understanding of the unique manner in which law firms operate, a deep knowledge of technology, and an approach to problem-solving and design that is not limited by the capabilities of a particular vendor or technology.