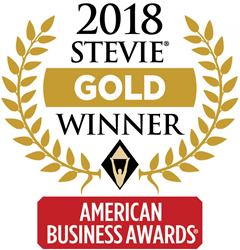 PayJunction is proud to raise the level of service that customers should expect from a Merchant Service Provider. — Alex Estrada

The American Business Awards are the U.S.A.’s premier business awards program. All organizations operating in the U.S.A. are eligible to submit nominations – public and private, for-profit and non-profit, large and small.

“We are once again honored to have received national recognition from the American Business Awards,” said Alex Estrada, operations manager at PayJunction. “In an industry that often experiences high levels of customer complaints, PayJunction is proud to raise the level of service that customers should expect from a Merchant Service Provider. Recognition as a Gold Stevie Award-winning company proves that it pays to value building long-term relationships over short-term profit.”

More than 3,700 nominations from organizations of all sizes and in virtually every industry were submitted this year for consideration in a wide range of categories.

“The nominations submitted for The 2018 American Business Awards were outstanding,” said Michael Gallagher, president and founder of the Stevie Awards. “The competition was intense, and those recognized as Stevie Award winners should be immensely proud of this accomplishment.”

Details about The American Business Awards and the list of 2018 Stevie winners are available at http://www.StevieAwards.com/ABA.

About PayJunction
Since 2000, PayJunction has disrupted the payment processing industry with transparency and environmental consciousness. As the most comprehensive developer of paperless payment software, PayJunction now processes $4 billion annually and is growing rapidly. Its technology facilitates increased productivity, reduces costs for businesses and mitigates the carbon footprint of an entire industry.