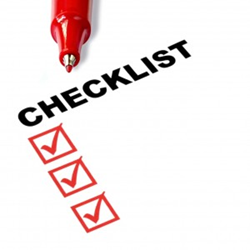 "Below is our evidence of compliance with these crucial mandates set forth by the United States Air Force." Ryan added.

8.1. System Capabilities. The USAF’s baseline requirements for an Installation’s EMNS are the following components (T-1):

8.1.3. Giant Voice: which consists of the capability to integrate with the EMNS at all Main Operating Bases.

8.1.4. Smart Device Applications: which consists of the capability for notification and global positioning to alert targeted members/installations/sites within 20 miles of an event, and 100 miles if events escalate.

8.1.5. Cloud Solution: which consists of the capability to decrease the information technology (IT) footprint and provide significant savings, while improving end-users services and cybersecurity.

8.1.7. Minimal Training: which consists of minimal training to begin immediate use of the system (i.e. web-based tutorials for personnel as needed).

8.1.8. Dependent Access: which consists of allowing AF personnel the option to allow dependents to receive notifications.

8.1.9. Turnkey: which consists of a system capable with minimal to no impact a seamless transition to an interim EMNS solution, reaching operational status in less than 90 days.

8.2. EMNS shall be capable of providing both alert notification as well as confirmation of receipt of the notification

8.3. Notification Requirements. Within 2 minutes or less after initiation, the EMNS must reach a target audience of 90 percent or more of on and off-installation personnel with specific protective action recommendations (mass warning) and 100 percent of assigned EM resources, including first responders, first receivers, and emergency responders (notification) (T-1).

8.3.1. Within 1 hour after initiation, EMNS should reach 100% of the on and off-installation personnel.

8.3.2. Alert notifications (i.e. Duress, Field Reporting, etc.) originating from personnel at off-installation facilities should strive to be initiated within two minutes of incident verification, after contact is made to local emergency response forces by dialing 911 (or equivalent emergency center).

8.4. Personally identifiable information (PII). PII data in the EMNS database will be protected as required by all federal laws and regulations. Global Positioning System (GPS) data will only get accessed by the system to transmit notifications to personnel in the impacted area for the purpose of providing an emergency alert. All generated records and reports will be protected as FOR OFFICIAL USE ONLY and will be shredded/deleted IAW the records disposition schedule. GPS coordinates will only be collected from personal devices when the user voluntarily activates the location/GPS feature. All GPS coordinates will be automatically overwritten immediately after the notification.

About Desktop Alert: https://www.desktopalert.net
Desktop Alert is a leading provider of enterprise mass notification and emergency communications to the United States Department of Defense. Its innovative and patented software has been internationally recognized as the “Best Mass Notification” and “Best First Responder Interoperable Communications” system. Desktop Alert provides a suite of scalable, flexible, and adaptable communication, collaboration, and situational awareness tools in environments ranging from austere - no terrestrial infrastructure support - to fully modern with extensive IP and legacy system integration's. Desktop Alert allows individuals and organizations to increase the volume and velocity of information in order to ensure effective decision making, coordination, proactive community engagement, and public awareness.