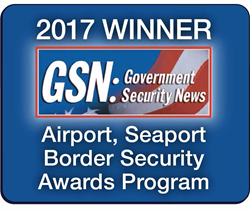 We are honored to have been chosen as a multiple category winner, Howard Ryan Founder Desktop Alert Inc.

Panel 2 of the Summit was moderated by Chuck Brooks, President for Government Relations and Marketing at Sutherland Global Services, who ran the most interactive panel of the day. With all guests being members of DC’s IT Tech elite and the subject of the panel being future threats and new defense technologies, the ballroom was buzzing with questions and discourse. It’s safe to say that this panel ran much like a think-tank, comprised of DC’s greatest tech minds and fueled by the spirit of collaborative learning.

Mr. Brooks has also been cited by Linkedin as one of the top 5 out of 500 million members to follow for emerging technology issues. Linkedin will also be featuring Chuck in their upcoming blogs as a cyber security SME and advisor.

"We are honored to have been chosen as a multiple category winner. Our companies numerous years of products and services to the U.S. Army National Guard, U.S. Air National Guard and Northern Command proved pivotal in the award selection process," said Howard Ryan, Founder Desktop Alert Inc.